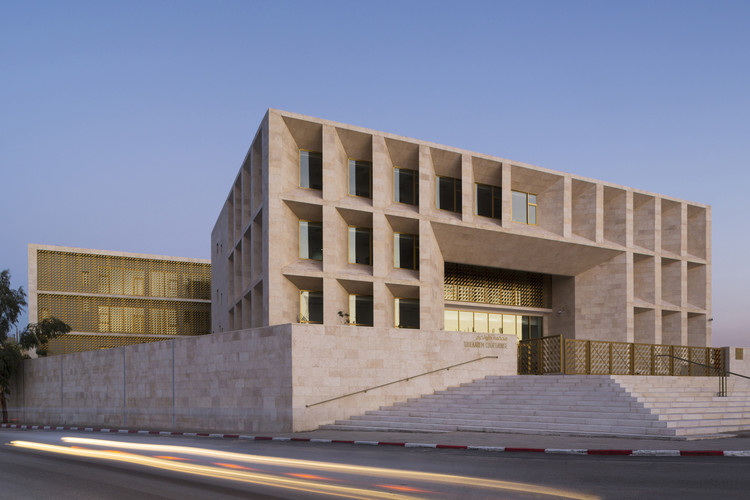 Text description provided by the architects. Toulkarem is a town in the northern part of Palestine, 15 Km west of Nablus, known to be a trading center for products from the city’s surrounding villages and farms. Its geographical location in the country makes Toulkarem the most fertile city in Palestine.

Located at the north entrance of Toulkarem, the Courthouse takes part of a larger urban fabric remodeling.

The Toulkarem Courthouse houses the Magistrate and First Instance courts.

The urban concept proposed, determines a succession of volumes. On Toulkarem’s way to the city, a first building, at the top of the triangular parcel, accommodates public services while a second building unveils itself along with a locally cultivated interstice space.

The main building is directly connected to a front public space, that anchors the building in its direct urban context and offers to the citizens of Toulkarem a social gathering space. The difference in levels between the street and the ground floor of the building, creates a public space setup that stimulates the citizens to invest the space.

The massive local stone walls of the main building are carved with different inclined geometries protecting the interior space from greenhouse effect during working hours, while offering large framed views of the neighboring landscapes. While entering Tulkarem, a public space introduces the first massive stone-carved-facade building after which a longitudinal planted interstice crosses the parcel and marks the shimmering steel geometric-patterned facade of the second building.

The succession of sequences is designed as an equilibrium of space allocations, architecture typologies and sun protection strategies. As a result, public space (in the sense of man-crafted space) contrasts with the Nature planted space, stone construction and light steel moucharabiyeh are put into tension, and claire-obscure effects are opposed to sun-reflective filter devices.

The entrance building accommodates the administration of the courthouse including the registries, cashier and notary. Its internal facades are, in contrast with the outer stone envelope, light and delicate opened towards a cultivated linear space.

The courtrooms building, is in direct relation with the planted space. Its facades are made out of a  fine shimmering steel envelope, crossing notions of transparency and confidentiality. It filters light and is permeable to the cultivated island of freshness. 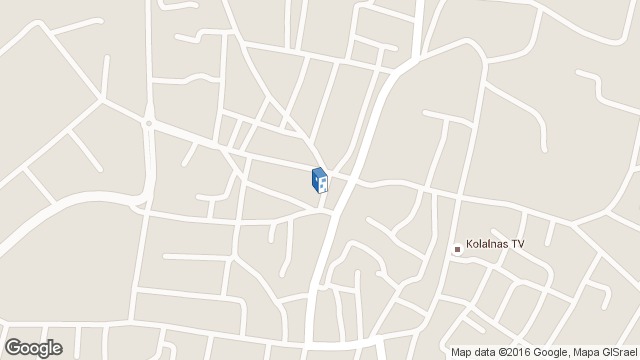