Save
Belyayevo Forever: How Mid-Century Soviet Microrayons Question Our Notions of Preservation
Share
Or
Copy

What are the characteristics of preservation-worthy architecture? In his book "Belyayevo Forever: A Soviet Microrayon on its Way to the UNESCO List," Kuba Snopek finds uniqueness in the seemingly generic Belyayevo microrayon, and argues that in spite of its pattern-book design it is worthy of protection. In this excerpt from the book's first chapter, Snopek examines Belyayevo's predecessor - the Ninth Quarter of Cheryomushki, which was constructed in the 1950s as an experiment that would transform Soviet housing policy - finding it to be a place which challenges our preconceived notions about architectural heritage.

A foreigner’s first contact with Moscow might begin with Google Earth. Its virtual tour through Russia’s capital starts with a view of its radial-concentric plan: loops of circular roads radiating from the Kremlin are cut through with the straight lines of prospects (avenues) and streets leading from the center towards the outskirts. This general scheme is familiar to any European architect: many other cities have circular boulevards, straight avenues and ring roads. 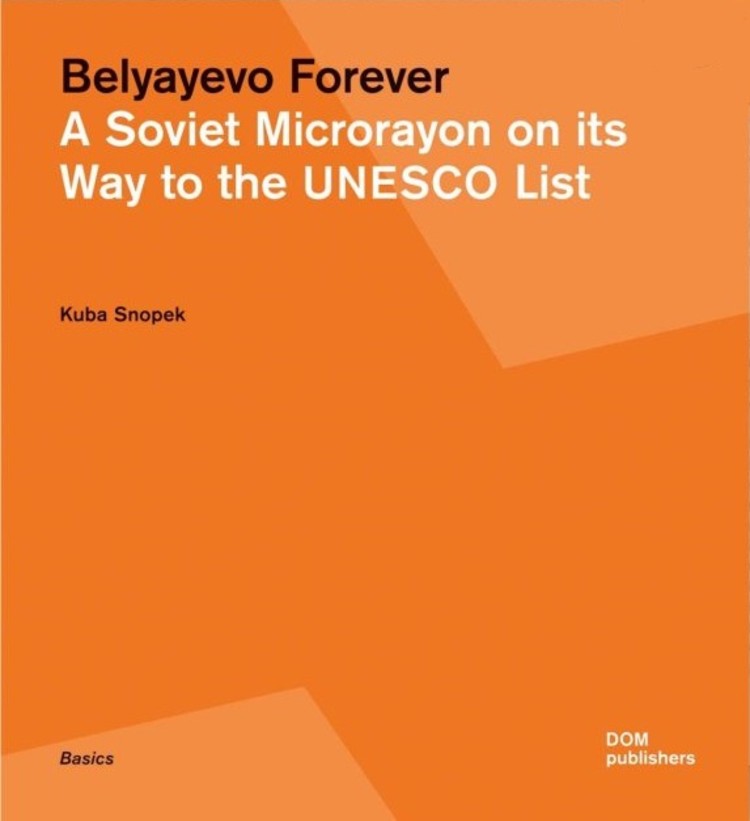 Yet, zooming in to a level that allows one to view the urban tissue more precisely, the very DNA of this city reveals itself to be drastically different to its European counterparts. Dozens of perfectly aligned, identical residences, composed around perfect rectangles of schools, kindergartens and public facilities, are more reminiscent of the transistors on a computer’s motherboard than of houses in a city. And although each of these transistor-neighbourhoods is geometrically different – houses may stand in rows, surround public buildings, form zigzags or stand more freely – the logic behind their planning is the same.

The building block of the Soviet city was the microrayon (“micro-district”), a standardized housing unit that has been replicated all over Moscow since the 1950s. Simple prefab residential buildings, free-plan schools and kindergartens, are an integral part of both the program and its composition. In the heart of each neighborhood is a public building, most often a cinema or club. At first glance, a microrayon is a typical modernist neighborhood, commonplace in the West. Yet there are things that differentiate the microrayon from its French or Dutch counterparts: the degree of uniformity, the repetitiveness of the structures and the enormous scale, which make the microrayon a building block of urban tissue rather than a remote dormitory suburb.

The landscape of the microrayon stretches almost from the city center, towards MKAD (Moscow Ring Road) and into suburbia. This landscape is repetitive, consistent; if anything changes, it’s the height of the buildings and the spaces between them. Like the growth rings of tree trunks studied in dendrochronology, the scale of the buildings and their distance from the Kremlin allow us to pinpoint almost the exact era of their construction, whether in the time of Khrushchev, Brezhnev or early Luzhkov. Apart from that, not much really changes: the general scheme and its immanent elements (schools, residential blocks, greenery) are always there, as if they had all followed one strictly defined model.

A number of Moscow architects have confirmed my suspicion – that microrayons are all based on one model. Indeed, the first microrayon still exists – the Ninth Quarter of Cheryomushki, a template for development that would remain practically unchanged for half a century. It is located 4 kilometers northeast of Belyayevo.

The Ninth Quarter was built between 1956 and 1958 by a group of architects led by Natan Osterman.[1] A dozen simple five-story, four-section residential blocks, complemented with a few nine-story “towers,” cover less than 12 hectares, creating a simple geometric composition. The buildings are freestanding, yet they create three enclosed semi-public spaces, filled with greenery, benches and fountains. Aside from the residential buildings there is a school, the “Ulan Baatar” cinema and a statue of Lenin. At first glance the building façades seem identical, but closer observation reveals plenty of elements that distinguish one from another. There are different divisions, architectural details and materials. Some buildings are built with brick, some with big blockwork, and some with panel-blocks. This is because the Ninth Quarter was designed as an experimental district. Each building was made using different technologies, with different architectural solutions and apartment plans – all intended to test numerous methods and find the best solution. Its designers sought the most optimal, the most cost-effective, the simplest and the quickest to build. And it was representatives of Soviet industry – always having the last word – who chose the solutions that seemed most optimal from their point of view. The effect of the experiment was satisfactory – the building cost in Cheryomushki was 30% less expensive than previous constructions, and the district was built in just 22 months.[2]

Optimal versions of the five- and nine-story houses were repeated elsewhere, and the whole construction industry was set up to support panel-block housing. In just a few years, enormous house-building plants worked non-stop, in three shifts, to quickly fix the housing deficit. And that deficit was large: in the three decades between 1923 and 1953, the number of square meters per person decreased from 6.3 to 5.6. It only crossed the border of the minimal sanitary standard of 9 square meters per person in 1961. Taking into account the quantitative influence on architecture, these 12 hectares of land were probably the most influential in the history of humanity – they determined the direction of the architectural development of the biggest country in the world for decades to come.

This experimental approach, more usually found in the world of science than in architecture, was exceptional. Experimental settlements had been built before (such as the German Werkbund settlements), yet they had never been constructed simply as a testing ground for industry. The USSR, already an extremely centralized industrial state, was the place where this logic of testing different dwelling solutions, then immediately implementing them in industry, would prevail.

How do Muscovites feel about Cheryomushki today? Trees planted half a century ago have grown tall, and with the rapid growth of Moscow the district has merged into the city’s central zone. Cheryomushki has also merged into Moscow’s culture – the neighbourhood starred in many Soviet films and was immortalized when it became the title character of the eponymous cult musical by Herbert Rappaport in 1962 (which was the basis for Shostakovich’s operetta “Moscow, Cheryomushki”). All this creates the impression that Cheryomushki is a part of “old Moscow”, a neighborhood established both in the urban tissue and in the city’s memory. From the point of view of a preservationist, however, this statement seems almost absurd – 50 years, according to almost all regulations concerning the protection of monuments, is the nearest threshold to qualify for protecting an architectural site.

Meanwhile, there has been an attempt to protect Cheryomushki. In 2008 (exactly 50 years after the construction of the neighborhood), a group of local historians came up with an initiative to list the Ninth Quarter on Moscow’s heritage list. The most important reason to protect it was its unique status: it was an experimental settlement, the very first one, and the model for all the others. Ironically, the application was declined due to the fact that all the buildings are typical series, lacking any uniqueness whatsoever. The local historians are not giving up: in 2014 they will try again.

The discussion surrounding the term “uniqueness” is extremely interesting, yet there is much more to this fuss over the preservation of Cheryomushki. My conversations with architects, local historians and citizens gave me the impression that the experimental character of the Ninth Quarter is not the only reason to preserve it. The other reasons they give for preserving this piece of “old” Moscow – consistency of the ensemble, interesting small architectural forms – make one think that if only there were a legal instrument to do so, they could protect the Ninth Quarter based on its architectural qualities alone. One gets the impression that its experimental character is deployed as an excuse to avoid ideological disputes about the value of generally despised late modernism. A legal instrument would also allow them to smuggle a centrally located green enclave, favored by Muscovites, onto the protection list.

Even if the local historians win their battle to preserve the Ninth Quarter, it will be the first and last time this preservation method will work. As the very first settlement built according to this new industrial logic, it is also the only one that can be preserved for its uniqueness. The next districts – the Fifth, Third or even Second – will obviously not have the advantage of being the model. Even if the architectural solutions of “number two” are better – even if the urban layout and the old trees form a qualitatively new atmosphere, and even if the culture born in this atmosphere is of great importance to artists, architects and musicians – there will be no instruments to protect such an estate.

The appearance of prefabrication half a century ago predetermined the fact that a paradigm of preservation based on uniqueness will quickly become defunct. This is what makes the discussion of new preservation methods so crucial right now. 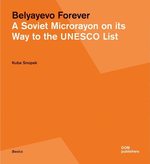 The first edition of the book was published by Strelka Press in 2013 under the title "Belyayevo Forever: Preserving the Generic."