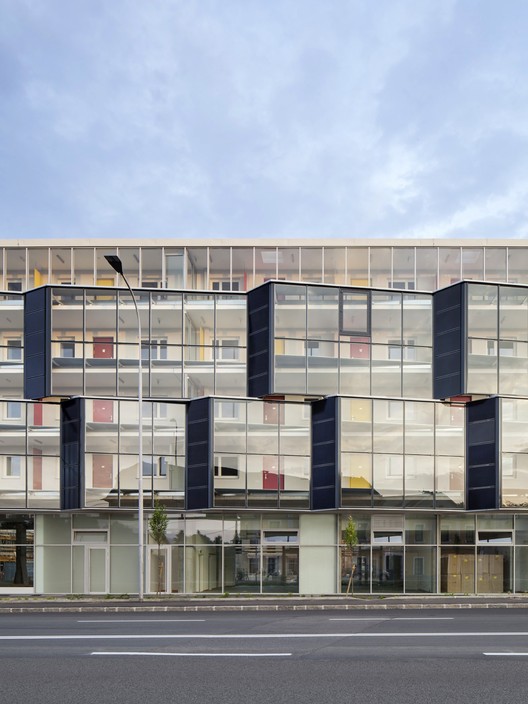 Text description provided by the architects. Architecture under Current

The Glanhof is a multi-story housing complex with 150 units in the center of Klagenfurt, Austria. It is named for its location on the Glan River and the arrangement of three building structures surrounding a green and sunny courtyard. In the first phase, a long-stretched structure was built along the Pischeldorfer street, which can be reached via an access balcony with a unique irregular zig-zag geometric facade that integrates hundreds of photovoltaic elements. The 50 - 75 m2 sized subsidized aartments feature up to 15 m2 large balconies oriented to the courtyard. Part of the energy concept of the virtually self-sufficient project is the geothermal brine reservoir that stores excess solar energy from the photovoltaic system during sunny months.

Photovoltaic systems have been neglected and could often still be found hidden on the roof not too long ago before becoming an integral part of architecture. The solar design for Glanhof 1 developed by Architects Collective integrates the photovoltaic panels into the glass facade along the street making it an energy-efficient and at the same time resource-saving alternative to conventional façade elements. They fulfill with their elegant appearance, the same functions, but create an additional benefit by making the building virtually energy autonomous.

The long-stretched building, with 53 apartments floats on top of the fully-glassed ground floor that features common areas such as a café, buggies and bicycle parking, is a multi-generational-meeting- point including common spaces. At the same time, this base zone separates the green courtyard and the playground along the street where the entrance for the pedestrian and parking garage into the basement are located. From the street and the garage the inhabitants walk the four residential floors over two generous glazed staircases into an open access balcony.

The residential mix of Glanhof 1 consists of families with children, single parents, singles and the elderly. The project was conceived together with Hilfswerk Kärnten (?) and meets the requirements of the older generation and at the same time brings younger people into the housing complex. In the first phase, 16 units with 50 m2 were built for assisted living, which are equipped with a 24 hour emergency call system. They are further connected by an elevator that allows hospital beds in the senior citizens center and the meeting room on the ground floor.

The photovoltaic modules are part of the overall energy concept of the housing complex. Most of the hot water and heating is produced by a system of solar panels on the roof, a heat pump system and a geothermal reservoir. The photovoltaic elements are also connected directly to the heat pump and significantly increase the overall efficiency of the system. Excess solar energy is supplied and stored into a geothermal brine reservoir during the sunny months. This energy is then is released during colder month and latched into the heat pump system and made usable for heating. Only a small proportion of energy is required in the form of electricity for the heat pump and district heating for higher temperatures to support the water heating by external providers. 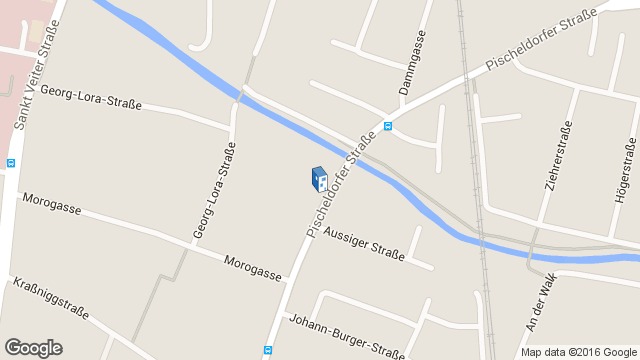