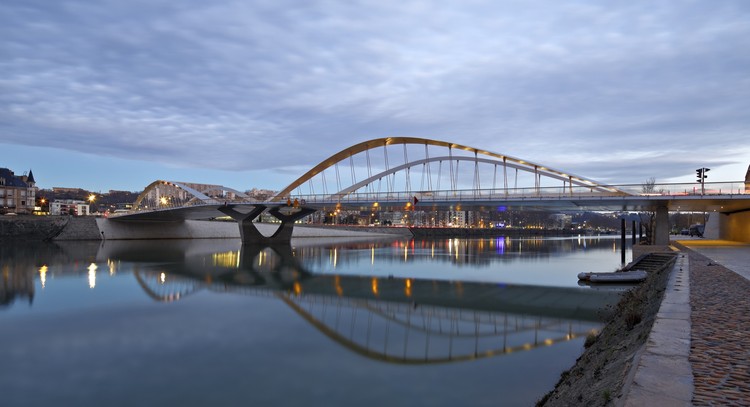 Text description provided by the architects. The Schuman bridge is located in the Saône corridor, a UNESCO World Heritage site. It forms a new entryway to the historic center of Lyon, the second largest city in France.

The Schuman bridge design has been thoroughly informed by its surroundings. Schuman is built in between two of the oldest bridges in Lyon (Masaryk and Barbe) whose suspension structure is both iconic and rare with its central pier. There is a significant visual interplay between the Masaryk structure and Schuman’s. Unlike Masaryk’s massive structure, the Schuman bridge seeks to open up the river perspective at midspan with two arches going below the deck. The structure define an open area, a place above the river designed to become a viewing platform.

Schuman’s structure is as slender, lightweight and transparent as possible, in order to facilitate its integration into the urban landscape. The structural expression of the bridge is focused on the central pier in order to gently touch down upon the historical stone banks of the river. The arches are fabricated with twisted sections of steel creating an ever changing profile.

The reduced structural depth of the deck (70cm) is achieved with a composite construction in order to comply with various geometrical constraints above and below the deck (gradients for disabled people, headroom for the river traffic).

The sidewalks are designed as ultra slender steel “blades” attached to the main structure. The various bridge users (pedestrians, cyclists and car drivers) cross the river at the same level just like in a street. This friendly coexistence ensures the continuation of the city upon the river. At night, the lighting strategy is based on indirect sources. Functional and feature fixtures are focused towards a clear colored pavement which is used as a giant reflector to emphasize the magnificent structure. 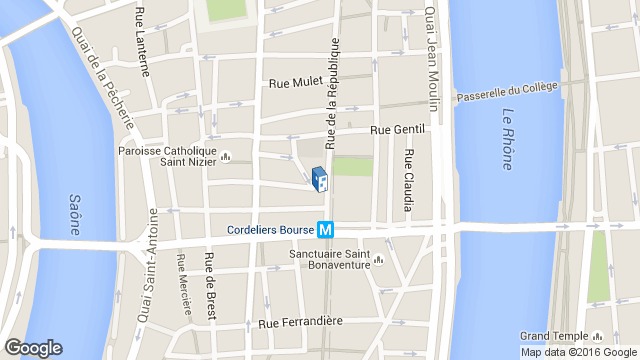 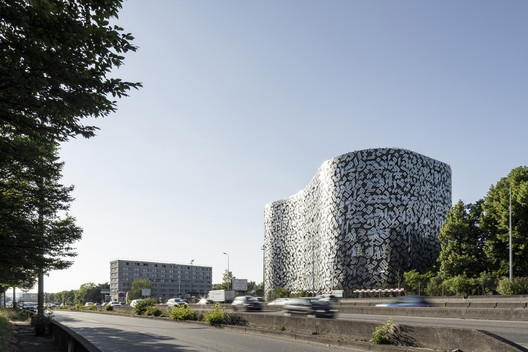