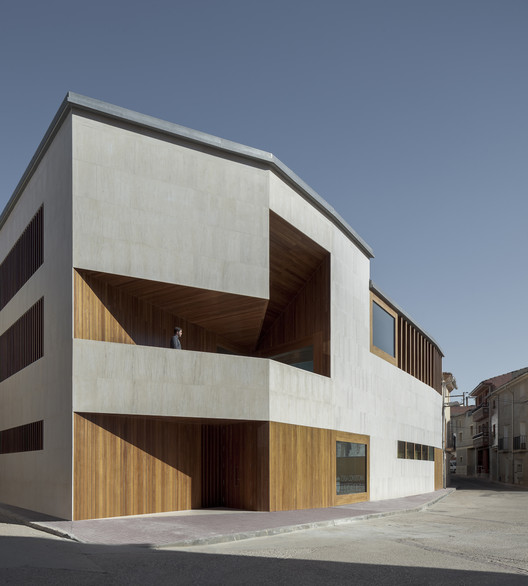 Text description provided by the architects. The initial considerations about the project of a new Town Hall in the historical town center revolves around two opposite conditions: the integration of the new building in the urban fabric versus the singularity demanded by its representative condition.

The response of the project is articulated around three related mechanisms: the abstract composition, the scale and singularity of the hollows, and the use of the void as a space generator. The void actions operate at three levels. On the first level, in the urban plot, creating a new courtyard of activities, open in a dense historical city center. On the second level, inside the building, through vertical voids and visual and spatial connections that amplify the inner space. And on the third level, on the main façade, forming the most representative elements as hollow in the continuity of the façade plane.

Given the special significance of the plot in the urban structure, the initial aim of the project was the configuration of the urban area of the square, through a new façade that highlights its institutional presence, and organizing the itineraries and inner public spaces as an extension of urban space. The organization of the floor plans places the administrative spaces on the site edges, and circulation spaces in the central area. It responds to the interest in establishing spatial and visual links between the square, the inside public spaces and the open courtyard,as shown in the cross section of the project. The square, the courtyard and the circulation and meeting spaces, become the core of the project.

The administrative program is distributed in three raised floors and a basement floor to the municipal archive. The different uses are stratified by levels, according to their public or restricted character. The spaces for citizen services are located on the ground floor. The first floor is occupied by the Mayor office – behind the balcony – and the municipal secretary, as well as the Assembly Hall. An outer stair directly connects the Hall to the back courtyard, allowing the use of both spaces –hall and courtyard- on certain occasions (celebrations, civil weddings, conferences, projections…) independently of the rest of the building. Finally, meeting rooms and spaces for political groups are located on the third floor, 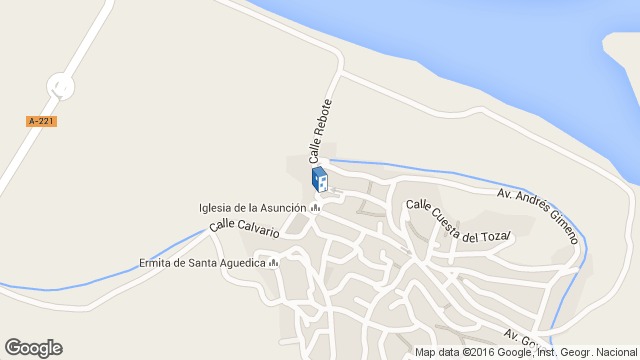