The David Adjaye-designed Aishti Foundation in Beirut, Lebanon is nearing completion. Located in central Beirut, the building replaces former warehouses, housing both an art gallery and retail space. This unique “juxtaposition of art and shopping” inspired Adjaye and Associates “to create a design for an entirely new typology that would integrate two, often conflicting, worlds,” write the architects in a press release. 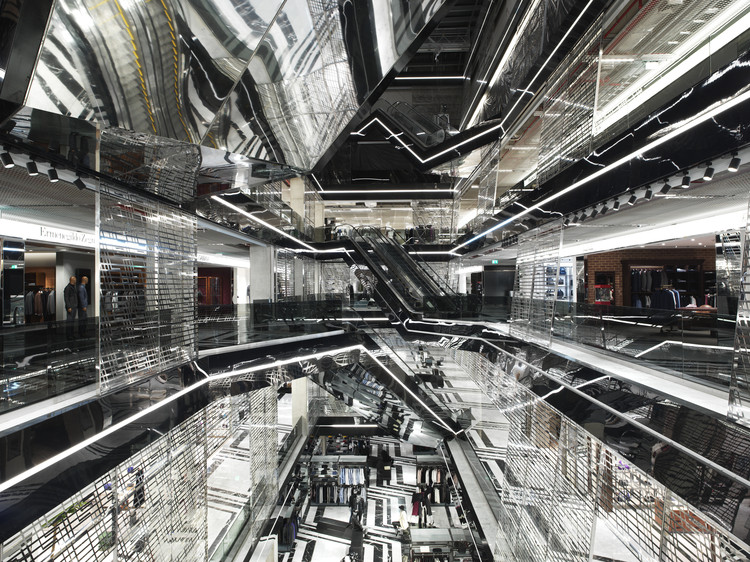 The building’s shape is a “simple block that has been rotated on one edge so that it appears titled” with the retail space on one side of the building around an atrium, and the galleries on the other side. The façade on the retail portion of the building is solid, with light coming from the atrium, while “the east façade is defined by a single large window, behind which a staircase ascends the galleries, offering a moment where the building connects back to the city.”

To unite the building’s two different components, a singular tiled design is implemented across the floor, façade and roof. In addition, the building’s design is incredibly flexible, utilizing doorways, screens and boundaries that are “highly flexible, demountable, sliding and adaptable,” and offering the ability to have two distinct spaces with separate entrances as well as one contiguous space.

The building faces a seaside promenade that features “a playful, undulating landscaping strategy,” defining the site “as an amenity and a draw for visitors." A sky bar on the building’s top level offers views of the city.

The façade is another key component of the project, made up of “a number of layers, so that the building is like a glazed box that sits within a louvered frame” with the outer layer creating “an efficient passive shading system.” 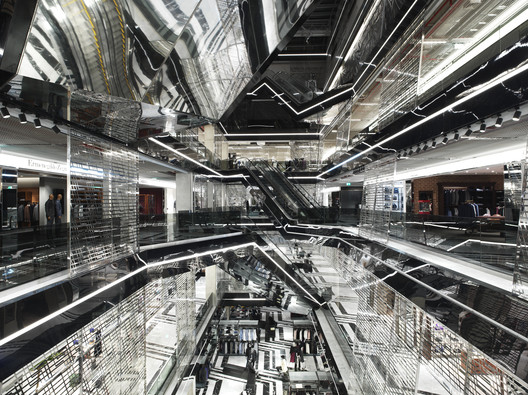