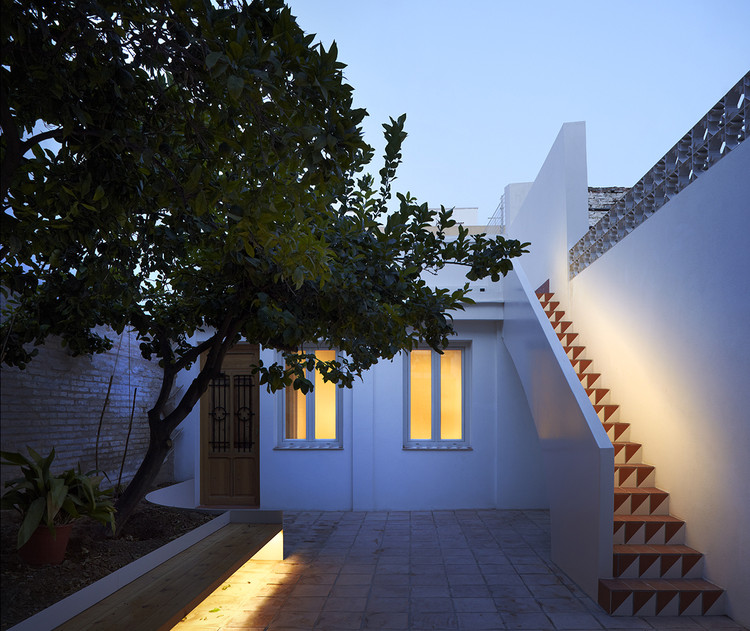 Text description provided by the architects. The house is located a plot between walls of the historic neighborhood of El Cabanyal, in one of the north-south streets parallels to the Mediterranean Sea. The project is an integral rehabilitation of a Courtyard house from 1925. The crossing plot (east-west) allows the cross ventilation and provides direct access from the street; both of them inner characteristics of the maritime urban fabric.  Its elongated rectangular plant (27,7 x 5,4 m) allows a sunny courtyard faced by the shadow of two lemon trees. The courtyard structures the main space at the front and an opposite one, smaller, located at the back. Also there is the access, through a stair adjoined to the mid wall, to a terrace placed above the small volume. The intervention is based on respecting the existing volume, with 150m2 of total surface and 106m2 of build surface.

After the demolition, there was a research on the progressive development of the house towards the courtyard. The raised practiced in the 50s replaced the double fall down roof for both current floors, supported by a new structure of reinforced concrete. Later, it was developed three structure units with massive brick pillars, and after all, the typical lateral body of the kitchen that would end up by being closed up, completing the four structure units that remain nowadays, and getting darker the interior. Due to it, the main challenge of the project was to introduce natural light in the build space and to increase inhabitable conditions for the new owners.

Consequently, the basic idea of this rehabilitation, showing the built traces and without the effort of restoration is orthopedic, has consisted of recovering those elements linked living of El Cabanyal, promoting the relation with the street, the crossed ventilation, the centrality of the court and the original height (from 3 to 4m) by means of a Mediterranean materiality that confirms the warmth of the finished ones, constructive simplicity and traditional textures with a contemporary offer of space more diapohanous than the condition previous to the build. And all this, it has been satisfactory thanks to the complicity between client, builder, architect and neighbors in a neighborhood that undoubtedly deserves this rehabilitation hopefully renewed: for what was, for what it is and for what so many citizens have fought for. 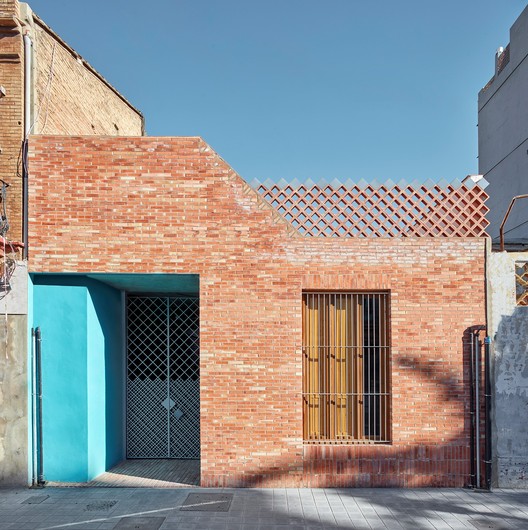