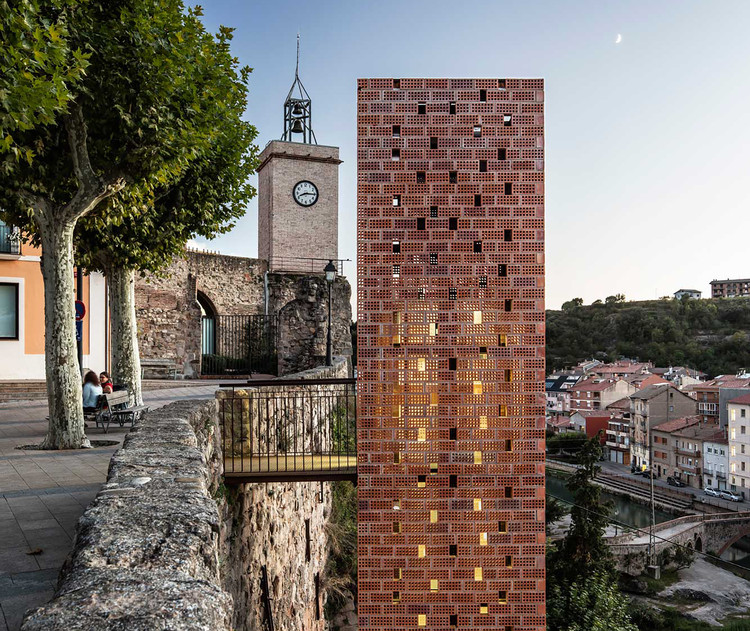 Text description provided by the architects. Gironella is a municipality that has grown, during the last decades, divided by the river Llobregat. Its historic centre is located on top of a 20 metres high hill on the right bank of the river, where the medieval castle, whose wall is declared a BCIN, was set.

The modern part of Gironella is placed on the other side of the river, next to the road linking Barcelona with Berga, favoured by a more flat topography, which has allowed an expanding urban growth.

The 20 metres vertical break between the old and new parts of the town has generated a social fracture. Over the years, the historic centre has been depopulated due to difficulties in accessibility. The narrow stepped streets that lead to the Vila Square represent a huge effort to the elderly and the little ones.

The proposal involves the insertion of a new access to the historic centre to enhance the urban connectivity between the two parts of the town, boosting the use of the old town and avoiding social exclusion.

Gironella’s river facade is formed by a series of medieval remains that mean an architectural and historic heritage for the town, just as so are the industrial colonies of the early twentieth century along the river.

Our proposal seeks to be integrated respectfully as a new layer in the historical memory of the place. We suggest the location of an elevator in a strategic point of Cal Metre path, through where people used to get to the textile industries.

The elevator will improve the accessibility to the old town but it will also be a trigger to recover the use of this ancient river passage offering new urban continuity with the Vila Square public space.

Our intention is to dialog with all these pre-existences, enhancing a relation with the textile industries and recognizing the green stratum as a public space.

To this end we solve the case of the elevator with 3 materials: steel, ceramic and glass.

The steel structure is done entirely in a local workshop and it is moved to the work area in 4 tranches that are definitely placed in 4 different days. It consists of 80.8 tubular columns and 80.8 tubular rings placed every 1.5 metres. Some L 100 profiles welded to the rings allow holding the ceramic lattice sections.

A ceramic lattice made by holed bricks placed on their side faces covers the 16 upper metres.

The choice of this enclosure material responds, on the one hand, to its role as a solar filter offering at the same time porosity, light entrance and ventilation to the elevator case. On the other hand, it dematerializes the case by letting the light go across it provoking an appearance of lightness that contrasts with the opacity that it is shown in a farther point of view.

The lattice closes three of the four sides of the structure. The inner face is left open allowing a visual relation with the stone wall during the entire journey.

The lower 8 metres of the case have a glazed enclosure. Its transparency ensures a close relation with Cal Metre river path and its trees, which create a magnificent shadow area that changes with the seasons.

To favour the relationship between the elevator and the activities that take place in the square, the elevators façade towards it is made of glass. 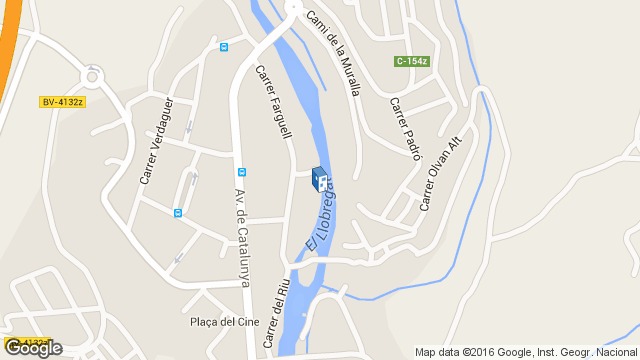 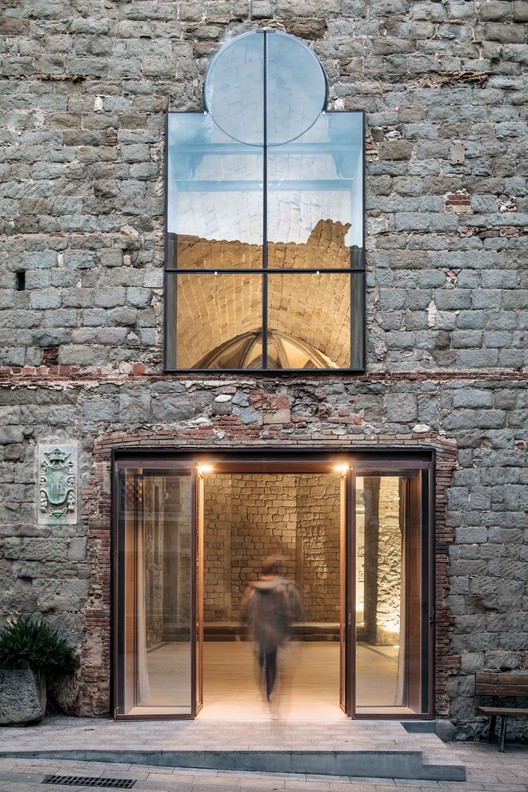 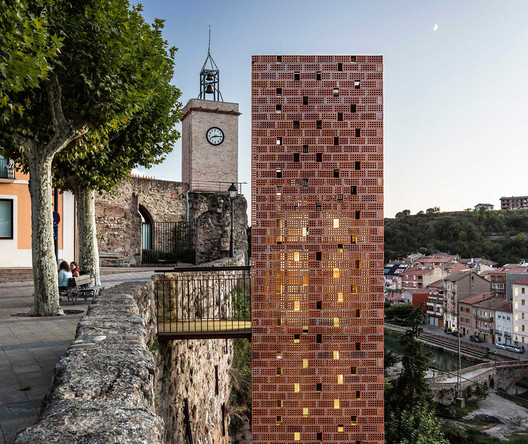