In addition of considering on its master plan the different expansion phases planned for the next decades, the urban design pursues clear flows for: utilities, light and heavy traffic, inbound and outbound, at the same time that gives value to the access to the site by using public transport, as well as bicycles and internally prioritizing pedestrians.

A clear separation of flows, with administrative and social program as offices, cafeteria, auditorium, changing rooms, first aid post and other services are placed in the core of the site, enabling industrial production units. This becomes an advantage, at the beginning for the first development phase, as for the new units in the future, ensuring no pedestrian crossing and vehicles.

The campus concept adopted in the design, gives great importance to environmental quality, whether the existing natural environment, whether in the built environment, creating outdoor areas and buildings of great architectural quality, emphasizing the environmental and social concerns of Unilever, and the LEED requirements.

As the core of the site, the administrative and social area, is arranged into modular and expandable blocks, built under a large and sleek canopy, opened in its center by a cross plan gap, that with concrete and PVC membrane independent covers, organize flows and program, besides serving to ensure natural lighting and rain water collection for reuse.

The modular blocks of contemporary architecture were designed so that, the user has visual contact with the outside world through glazed full high openings protected by the large eaves of the canopy, sectioned by blind closures, emphasizing the concept of fluid spaces and referring to Unilever’s colors.

The common area under the canopy, with rich landscaping, decks and a pond, works as an extension of the working area of the offices and as a great meeting point and the coexistence of the entire community of the site.

The reception area and offices of this industrial building, as well as the main site guardhouse, follows the same architectural party of the built core of the site, with modular blocks under canopies, interspersed by comfortable circulation and meeting areas. 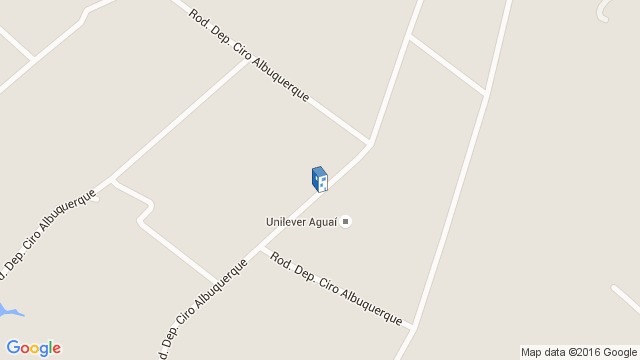 Location to be used only as a reference. It could indicate city/country but not exact address.
Share
Or
Copy
About this office
GCP Arquitetos
Office
••• 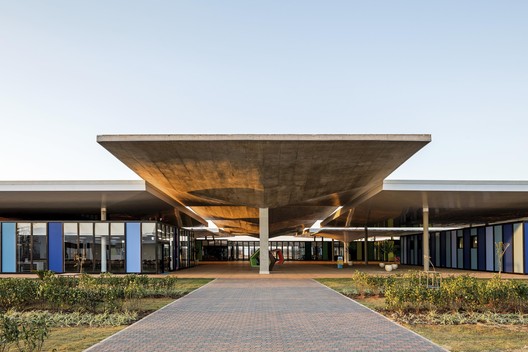