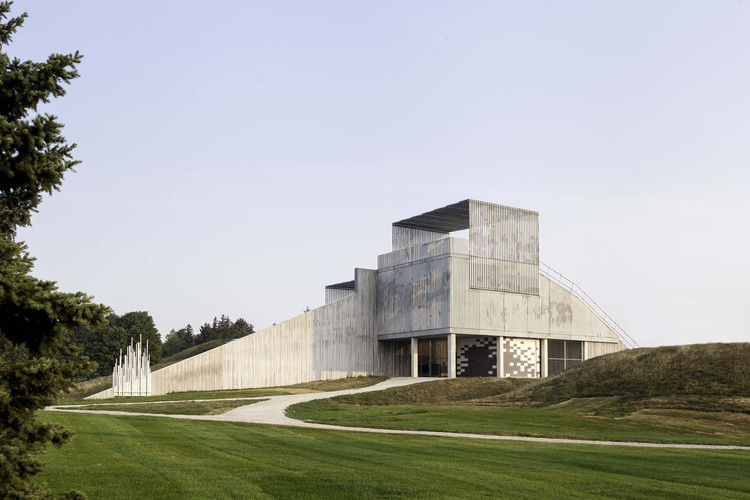 Text description provided by the architects. The BMX Supercross Track Legacy Project from the 2015 Toronto Pan Am Games was designed and constructed to the exacting standards of the Union Cycliste Internationale (UCI) certification board. It has been certified by this group and as such is the only track in Canada to be recognized.

This unconventional project was completed through an unconventional process. The design team considered various materials and researched the history of these facilities throughout the world and in Olympic contests. It is fairly recent, at the 2008 Summer Olympics in Beijing, that BMX racing became a medal sport.

The site of the track, which was determined prior to the design team being engaged, was quickly found to be a low point of the park and its drainage catchment area was enormous. Building a dirt track on essentially a catchment area required an extensive underground drainage system, influencing structural and civil engineering interventions.

These flows had to be managed to allow the track to be dry within 30 minutes of a rainfall, one of the criteria for the games, and the water quality had to satisfy the requirements of the Toronto Region Conservation Authority because a designated wetland area lies immediately to the south of the site.

The aesthetics of concrete allowed the practical considerations of storage, ramp heights and retaining wall sections to each be expressed as architectural elements within a single form. Board formed concrete, prefinished concrete block and a smooth faced framing members all add to the distinct language of each element. At once separate and unified. 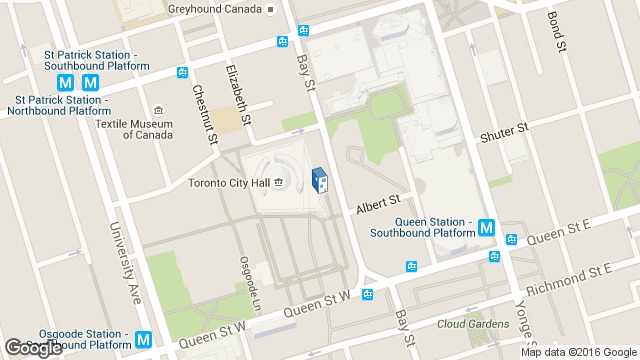 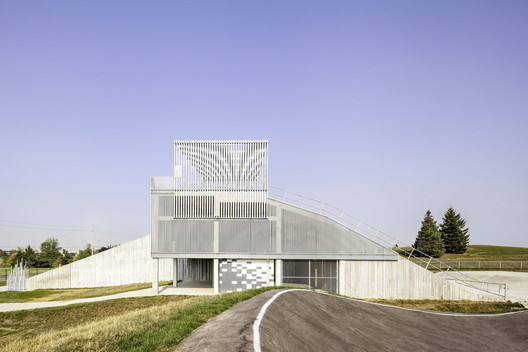 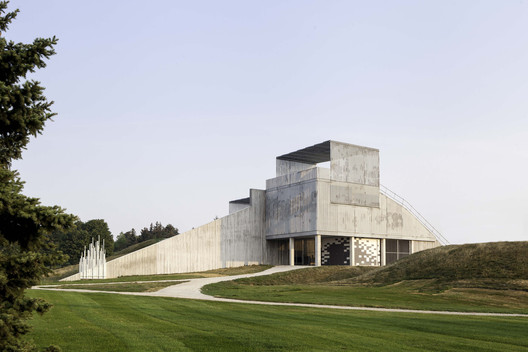