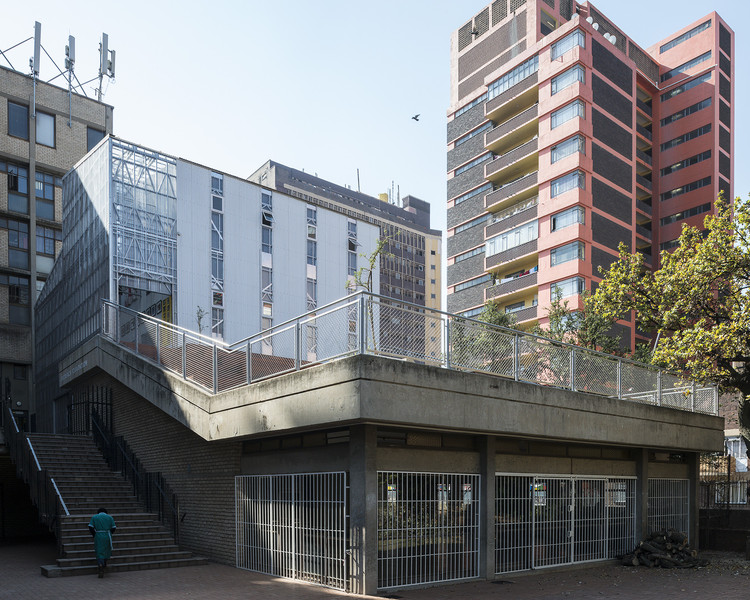 Text description provided by the architects. The Outreach Foundation Community Centre was completed in early 2015, and is one of the first new social infrastructure projects to be built in Hillbrow since the 1970’s. The project is situated within the broader Hillbrow Lutheran Church/ Friedenskirche precinct, a site given to the Lutheran church by Paul Kruger at the turn of the century. The actual building site is the staggered rooftop of an unfinished community hall built as part of the German Consulate in the 1970’s.

The building houses 3 primary functions: a computer centre on Ground Floor, a Dance Studio at 1st Floor and offices and meeting areas at 2nd floor.  These functions are collected within an angular volume draped over the two levels of the site. The building also presents its primary function, which is the dance studio to Twist Str. through a 12m window.

The building is in and of itself a small piece of urban design, and houses a vertical street (in the form of an open staircase) which leads users from a central courtyard up to the public roof garden. This roof garden, which was partially funded by housing companies in the area, complements the building and forms a platform from which users of the centre can interact with the city below.

The form of the building is actually very simple and entirely governed by the programs housed. However, the choice of white Chromadek corrugated steel and clear corrugated polycarbonate as cladding materials abstract the buildings image and clearly establish the building as a new addition to this part of the city.

A satellite intervention also included the construction of a steel bench, which peels off the wall on the opposite side of the street, allowing pedestrians a view of the dancers while resting on their commute. 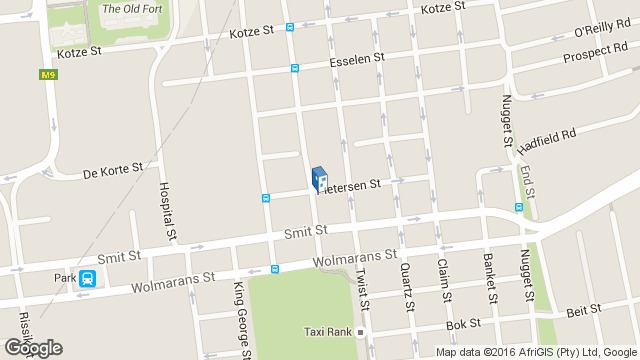