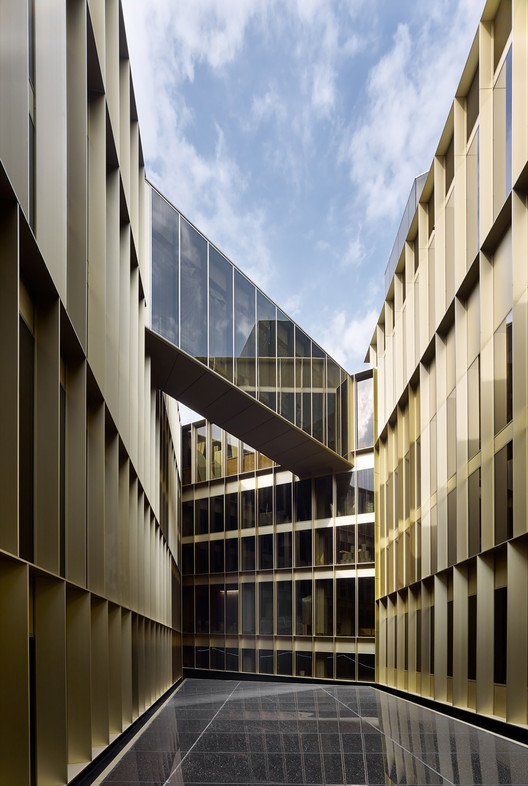 Text description provided by the architects. The renovation and extension of the former Government Office for Transactions and Telephony offers this monumental building a second life in the city center of Amsterdam. After years of changing functions and temporary use, the building situated next to the Dam square, is transformed into a five-star hotel with 172 rooms and an upper public floor.

The original design dating from 1925 by Joseph Crouwel combines a modern robust concrete structure with a monumental brick facade, which was strongly influenced by the design of the Larkin building by Frank Lloyd Wright. The characteristic brick facades of the building played a leading role in the renovation of Office Winhov.

The ambition of Office Winhov was to both enhance the monumental character of the existing building, as well as to add a refined layer that fitted in the public character of the new
function. The brickwork façades of the building have been restored into its original condition. Later on additions and changes have been completely removed, such as windows on the fourth floor, through which the characteristic closed exterior of the top floor has been reestablished.

The desired extensions of the building due to the program have been realized within the existing inner court structure. The new façades of the inner courts, made of a bronze aluminum construction cladded with tinted glass and a refined gold metal coating pattern, blend in with the new rooftop construction. Together these additions form a contrasting and clearly readable extension of the existing monument.

Public functions such as the reception, W lounge, the restaurant ‘Mr Porter’ and the terraces with the public pool are all located in the new extension on the roof; together they form the ‘crown’ of the building. After their arrival at the Spuistraat, guests and visitors are directly brought to the newly added floor. This new public domain offers a spectacular panorama view over the historical city center and adjacent buildings such as the Royal Palace.

Due to these interventions the W hotel has a striking and reversed organizational structure. The hotel suites are orientated towards the streets and the inner courts. Both courts are visible from the spacious hallways leading to the rooms as well as the rooftop floor. On the first floor, at the very heart of the building, a meeting- and event space has been added.

The floor plans were designed with respect to the rhythm and the visibility of the original concrete structure. Striking elements, such as the characteristic staircase walls of glazed yellow brickwork were restored in its original condition.

The project received a BREEAM Very Good certificate. The new installations are connected to a geothermal heating system that was implemented as efficient and small as possible. By doing so, all the installations could be placed within the building, avoiding the need to build an extra installation room on top. With the transformation of the former Government Office into the W hotel, Amsterdam regains a characteristic and appealing public building into the very heart of the city. 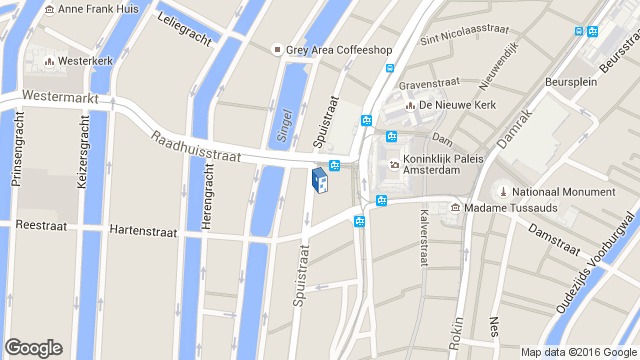 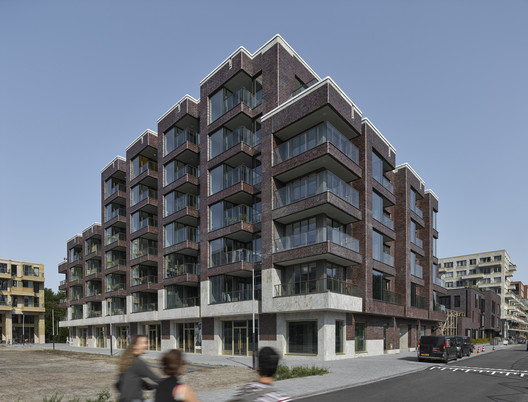