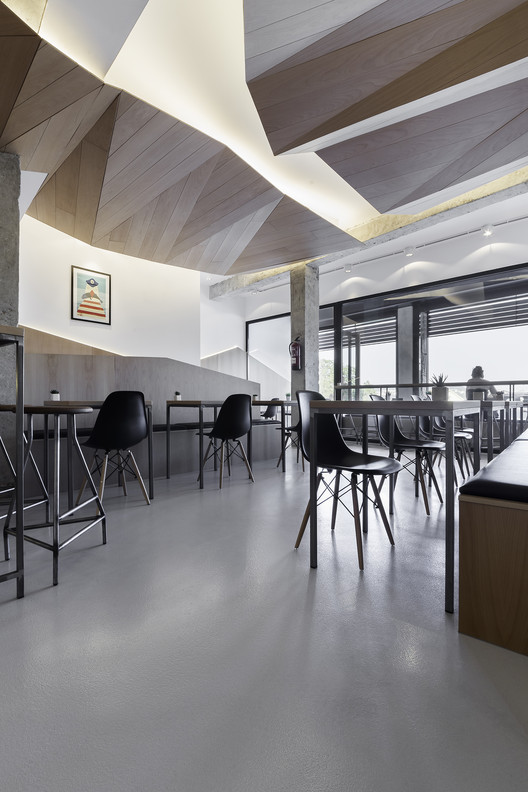 Text description provided by the architects. When the visitor is arriving to the place, the overview of the estuary, with the different colour of sea, takes all his attention.

Despite the barrier of the road and the height difference between it and the sea level, the sense perception is to be surrounded by sea.

The local was modified to maintain and even reinforce that perception through two actions, focus this vision and surround the visitor with an abstract interpretation of the seascape. In this way the cafe is open to the sea.

The space was distributed to keep this vision from every corner of the local.

Through the rational perception we come back to the place. An abstract seascape was created through two elements. The furniture reminds the waves with the peaks and valleys.

On the other hand the clouds across the sky were represented on the roof with the ray lights delimiting its contour. The change of the shape of the floor reminds also the Galician sea during rainy days.

The contrast between the floor and furniture is represented with the naked pillars and beams. The hallway going to be particularly relevant as a place of passage between sensory and rational perception, therefore the physical boundary between inside and outside is set back, creating an area where the two concepts are perceived thanks to its transparency and given a separate entity covering the existing façade with a black aluminum skin.

There was an special care also in the graphic image with the logos taking advantage from the power of the main idea. 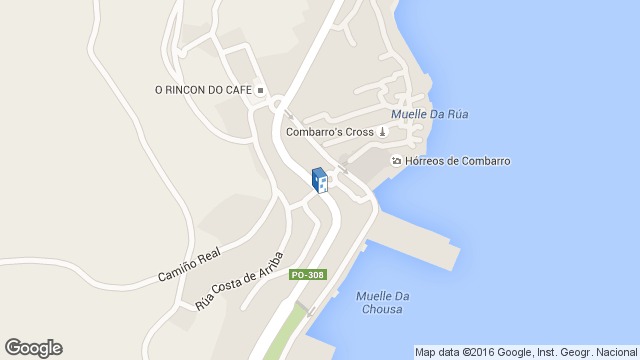