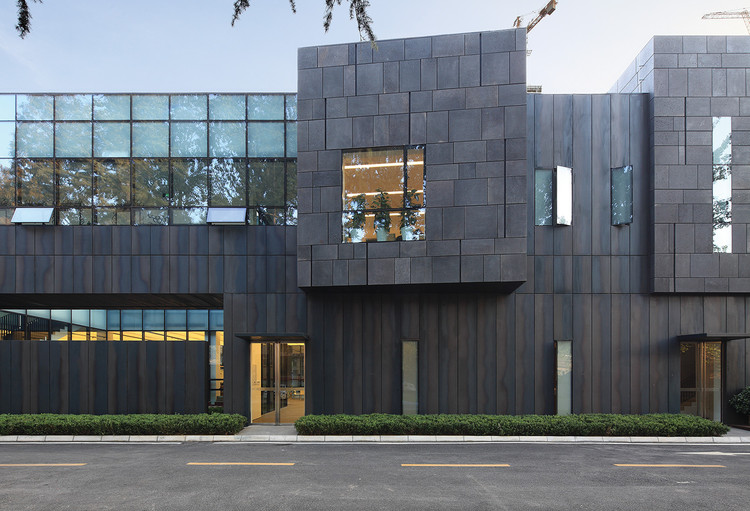 Text description provided by the architects. Pindu is a small city with 1.5-million populations and of 3000 years' history. Located in the northern outskirts of Qingdao, this city has recently experienced rapid urbanization. The government offices moved from the downtown area to the new town area and their master plan to develop the old main streets was launched.

People expected that they would find relics of ancient times in this old city of several thousand years' history and unfortunately, they realized that the apartment houses and government offices built there had already ruined all of the relics. However, a fortunate thing is that ancient maps shows that many of the old roads are still used. So based on this framework, a master plan for urban restoration was established focusing on "landscript" and named Pingdu Historical Area Regeneration Plan.

Vanke Group that took charge of the regeneration plan requested to redesign the first building to use it as a housing culture center for public relations of the project. The construction site was a part of the site for a small building attached to the city hall with dense woods that were all over 200~300 years old and required to be preserved. So there was no option but to build the new building on an empty land. The problem was that it was required to connect this new building to the road so that citizens can recognize it. For this, concrete frames were installed on the boundary line of the road. These concrete frames were given a function as a street gallery and connected with the building through the gallery built over the access road. However, all these structures are merely a tool that defines the spatial boundaries of the beautiful woods around the building, not existing in terms of architectural concept. 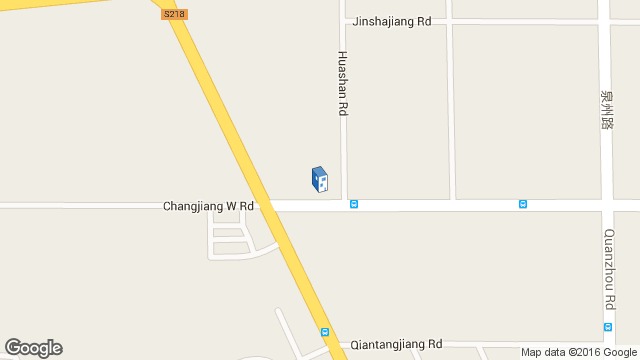 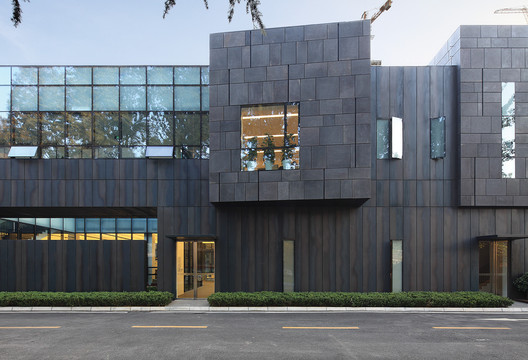