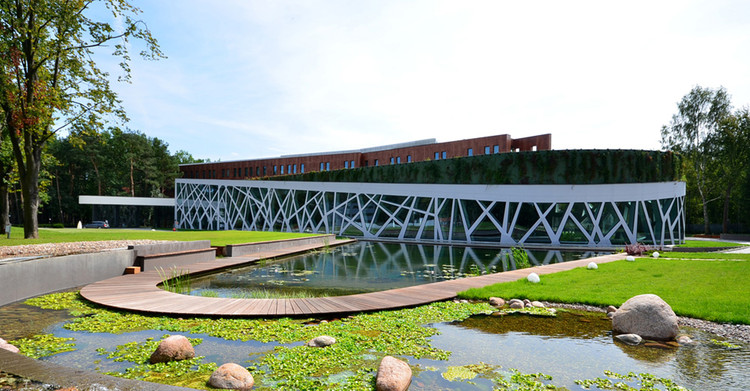 Text description provided by the architects. Narvil Conference & Spa is located in Serock by Zegrzyńskie lake, 40 kilometers from Warsaw. It’s a combination of the elegant hotel, modern conference center and exclusive spa. Location by the Narew river, surrounding forest and omnipresent nature creates an amazing atmosphere of the place.

The priority while building the hotel was to keep a perfect harmony with an environment and to interfere as little as possible.

Surrounding trees were the main inspiration for design concept of the hotel. Their beauty, age and energy had an impact for the way of thinking about the project. Picture of lime tree’s crown became an impulse for creating organic wall which extends from cafeteria, corridors, apartments, swimming pool and Spa.

Like recurrent leitmotif it runs throughout the whole construction, surrounding and joining it.  Building block blends together with oak forest, while courtyards (one of them with limes, another with a century-old tree) brings nature inside building.

The investment started in 2008, when KM Rubaszkiewicz sp. z o.o. won competition for realization of hotel project. The goal was to create an object with the spirit of the place and a bit of mystery. Building facade hides a symbolic connection with principles of universe existence, whereas interiors are full of mathematics, geometry and consequence.

There are mystical and mysterious places - there is a maze, a tree of life, aquariums creating their own closed worlds, starlit sky, a tectonic fracture, a stream, a waterfall and the biggest green wall in Poland.

Narvil hotel has been designed by KM in one hundred percent. Beginning from victory in competition, until the smallest details.  We have designed everything. The main architect was present during all building stages, taking care of every aspect of the project.

Furthermore, some elements are made with his own hands, and even more – while the building was in progress, the office had been moved to construction site. 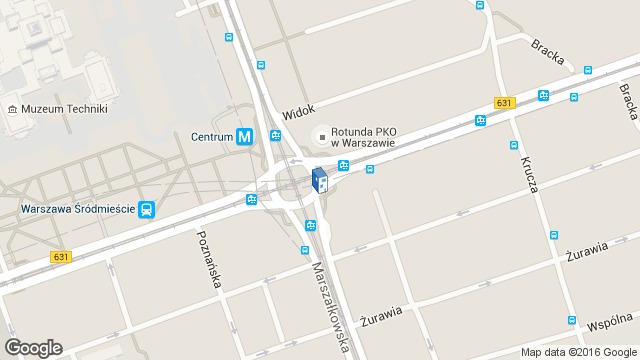