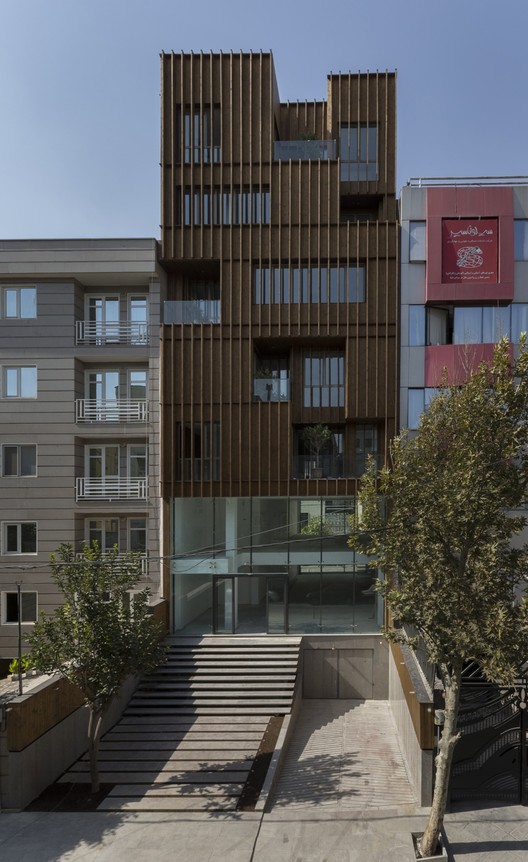 Text description provided by the architects. Tehran acts as a mirror to people who claim the city about something that they had forgotten for many years, that is an implication called quality, The quality could be placed in the genre of evolutionary concepts which could be evaluated by the communication of the building and it’s users during the time.

There are two interrelated spatial qualities, defining each building, Interior and Exterior and it is a part of architecture’s responsibilities to form a meaningful relationship between these two aspects. There are always some parts of the interior spaces which are influenced by the exterior and these two together form the urban spaces, we experience.

Creating a calm and varying urban facade and enhancing the quality of the interior spaces are the main concepts of designing the two facades of the project. The building in both north and south sides defines the qualities of variation and calmness for users, citizens and city in different ways.

To prevent the sharp southern sun light during the working hours the vertical louvers are used in the southern facade. And these louvers create a comfortable light and shadow inside the building. And not only make the interior spaces more comfortable but also these louvers create an incorporated facade. Furthermore it conceals the unnecessary details of the building from the people who visit it from its main view, in the park that is in front of the project in Saadat Abad Boulevard. This park has a great role in forming the concept of the southern facade of the project. Some parts of the southern facade have been pushed inside in order to open a perfect view of the park for the users of the building during the working hours. And the people in the park still visit calm and incorporated facade; this is the quality which provides peacefulness to the interior and exterior of the building.

Sometimes the northern facade; close its eyes from the noised city and take care of the building behind a curtain of silence. And sometimes glance at the city behind its wooden eyeballs. The wooden surfaces of the northern facade could be described as the dialogue between the users and the city; these surfaces could change up to thousands of forms by the needs of the users and this makes it so impressible by inside and outside.

The northern facade is designed by the similar modules of the southern facade and it will conceal the unnecessary details of the building from the city. In front of the openings the wooden surfaces are rotatable and these could be rotated in three angles of 0, 45 and 90 degrees. And of course not only the natural light of the interior spaces could be controlled by opening and closing the rotational louvers but also this would create a great private interior space in the times that is needed.

Variation and peacefulness are the qualities which are formed in the dialectic of interior and exterior spaces in this building. And as the same as the interior spaces, these qualities could be observed and comprehended from the exterior.

The calmness, in urban facade is obtained from concealing the unnecessary details by vertical louvers and in the interior spaces takes place by the wide openings viewed to the park in the southern part and in the northern facade it happens by rotating louvers to control the light and disturbing sights.

The louvers used in the both facades of the project give an active quality to the interior and exterior spaces. When the location of the visitors change, the southern facade gives different images to them And also the form variation in the northern facade brings a dialectic quality to the building which simultaneously forms the interior and the exterior that create an active context for the relationship between the building, the users and the city. 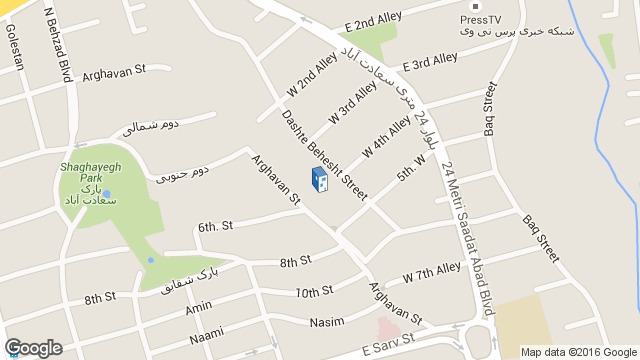