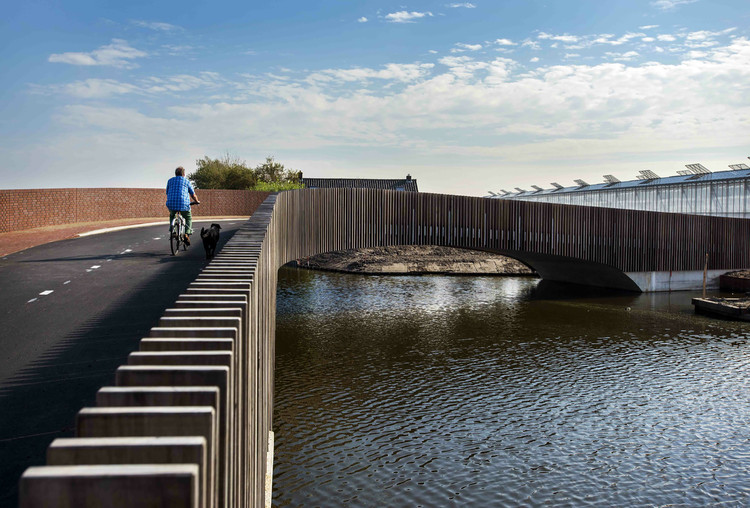 The Vlotwateringbrug or popularly ‘batbridge’ has opened for the public in the beginning of October. The bridge has three specific components that provide roost for several bat species. At the north side the abutment functions as a winter stay. The deck and the brick balustrade accommodate stays for bats during the summer.

The bridge design is intended to constitute the ideal habitat for various species of bats, aiming to grow a large colony. “A textbook example of how a functional object can at the same time serve nature,” says bat-expert Marcel Schillemans from the Mammal Society.

The project is located along a flight route of several bat species. To optimize the suitability of the bridge for bats, the structure is made out of concrete. The mass of the concrete provides a stable and pleasant climate. The underside of the bridge is provided with entrance slots. The openings have a rough finish for grip. The slots are part of a pattern of grooves in the concrete arch. Clever use is made of the structural space in the cross section to implement the roosts.

Crossing the Vlotwatering the new bridge winds between two existing parcels and marks the entrance of the Poelzone. At the highest point, the bridge makes a turn for a clear view of the area. The wooden lamellas provide openness to the natural banks along the water. With a length of 25 meters the concrete arch spans the entire Vlotwatering. The S-shaped deck is supported with a pressure arc that slants under the bridge.

The bat bridge becomes part of the Poelzone, an elongated area in the Westland between the existing centres of ' s- Gravenzande , Naaldwijk and Monster. Along the waterway a new green recreational zone with natural banks and spawn sites for fish will be realized. The landscape design by LOLA Landscape is made to strengthen the existing green and ecological connections in which natural and recreational values complement each other. 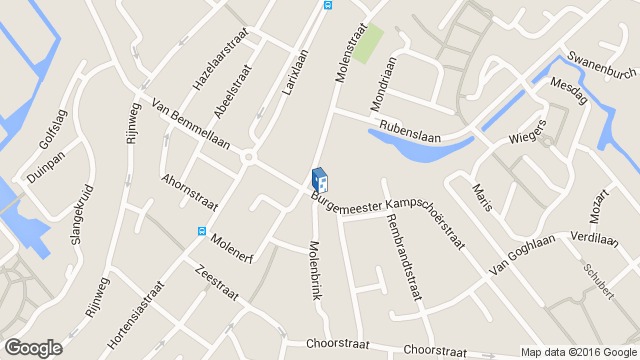 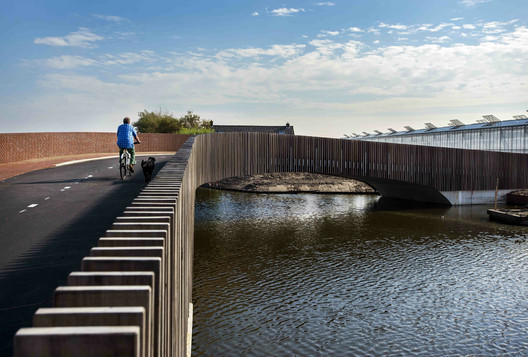