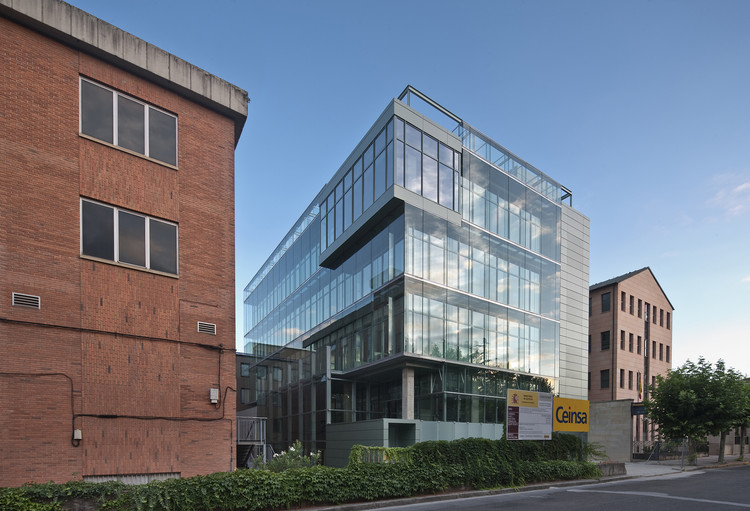 Text description provided by the architects. The Judicial Shared Services Building is in Ponferrada next to the Sil riverside park. It is an independent building but designed as an extension to the existing courthouse which, together with two cultural and National Police Force buildings, complete the block and restrict the entry of light into the extension.

It is developed on four storeys above ground level, together with a semi-basement and basement. Although the extension built has an independent access, security measures have made it essential to design a large shared entrance hall for the two buildings linking them physically and visually on the ground floor and providing a connection using a closed bridge-gallery.

The vertical communications, toilets, archives and installations are located in a strip running along the northern part of the building allowing the workrooms to be flexibly arranged on the rest of the floor, pursuing the principles of rationality and economy.

The difficulties in terms of sunlight presented by the site and the special climate of Ponferrada, together with the need to illuminate all floors of the court offices, have conditioned the choice of a glass wall for the whole envelope of the building except for the southern facade.

To mitigate this circumstance, a double glass skin was chosen, separating and opening up on the semi-basement and ground floors to generating a greenhouse in the shade of these floors. This element is the true heart and climatic lung of the building. The flows of cool, damp air in summer and hot, temperate air in winter generated by this space make it possible to establish air circulation inside the double skin to improve the climatic conditions of the building as a whole.

The closed double skin, permeable to the outside and with windows with motorised opening systems inside, incorporates walkways formed by practicable elements allowing the control of air circulation. The strips are opened or closed depending on the season, allowing control of the air flows in the chamber. This circumstance associated with the opening of the motorised windows first thing in the morning introduces temperate air, sweeping through the workrooms before the building is occupied.

In summer, the cool air accumulated in the greenhouse-chamber (which has little exposure to the sun) during the night will improve the thermal conditions of the air in the offices. In winter, with the closure systems impeding the air movement, a natural layer of warm air will be developed to prevent energy loss from the inner skin.

The rest of the materials used on the facade (ochre granite on the south of the building and aluminium panels on the east and north facades) not only makes it a representative public building, it also allows a simple, continuous compositional interplay of clear volumes and organised appearance providing mobility, in which the interplay of light and shade strengthens the general composition. 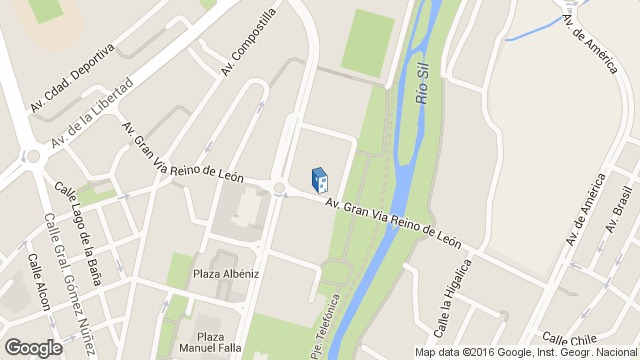 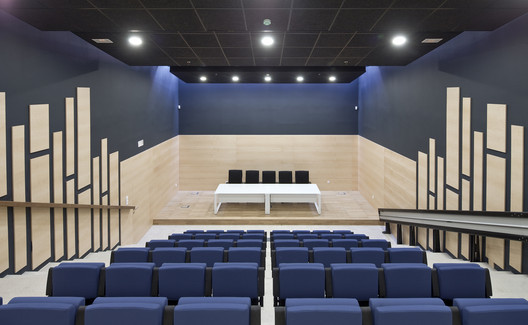