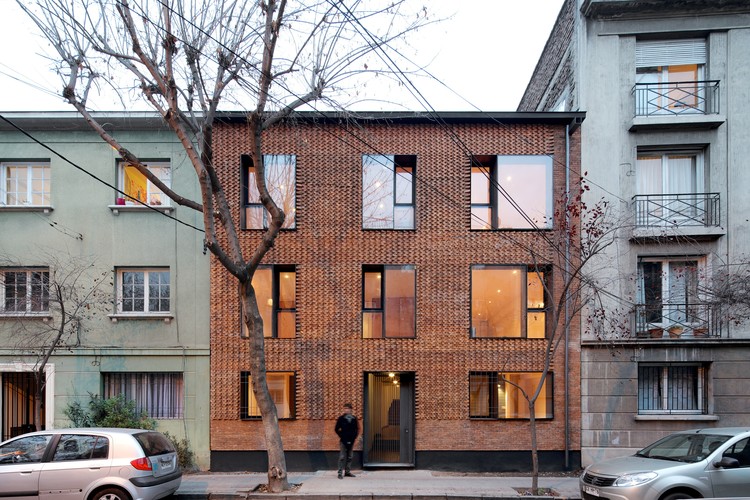 The project involves the redevelopment of a vacant 30 years old building located in a central area within the city of Santiago, specifically in Providencia county, which is transformed into a building housing 7 apartments.

The context in which the project is located is one of classic type of buildings, continuous façades, almost all built in the same decade, the 40`s, without any visible intervention in the past 70 years. So the first problem is how a new piece is inserted in a context like this?

To create luminous interior spaces was the only customer requirement, a fact that became the trigger for all subsequent intervention decisions. For this purpose, it was decided to enlarge the openings in the façade, which meant a change in the original morphology.

In response to changes in the façades, it was decided to introduce two new prefabricated elements that respond to the new window and to the new lining.

For new openings in the facades, a framework of steel plates was installed, which embraced the new window and helped to strengthen the modified structure.

The material for covering the main façade was veneer brick, which was manufactured in situ from a common brick, and divided diagonally into four parts to obtain a trapezoidal piece, which was placed in rows arranged one above the other in the opposite direction in order to generate new grain, referring to the moldings and stucco details of classical buildings nearby, creating a joint motion, light and shadow.

Two types of apartments were designed, studios (35m2 ) and larger size apartments (80m2 ) of two bedrooms. For the first type, it was included the idea of an island that divides common and private spaces and allow access to natural light from the existing patio. For the second type, it was decided to work with ​​one single common space integrating living room and kitchen, allowing the light entry from various directions. 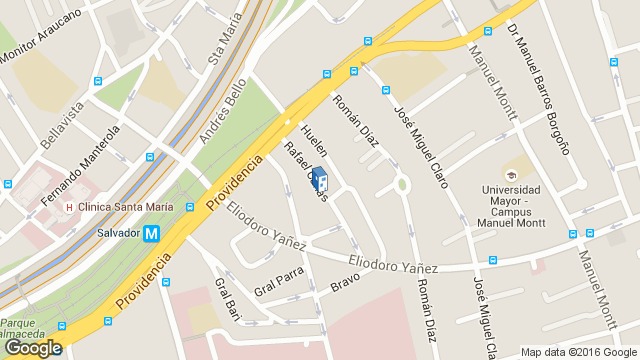