TFP Farrells have been selected by Winland Group in an international competition to design "the pioneer project of an emerging financial district," the Xiamen Cross Strait Financial Center. Located on the eastern coast of Xiamen Island, the 500,000 square meter project will comprise four high-rise towers containing office buildings, a serviced apartment tower, a 5-star hotel and retail space. 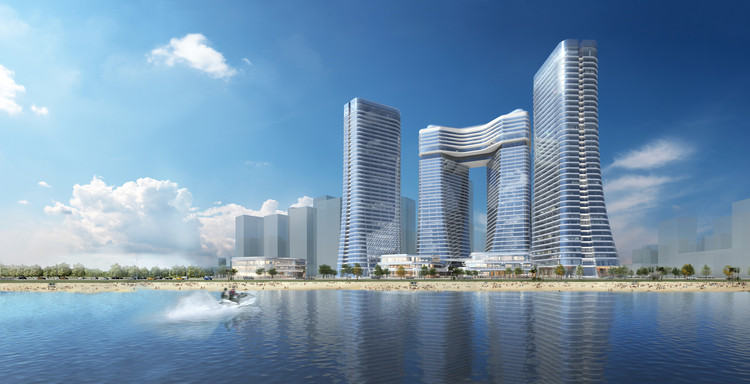 The Xiamen Cross Strait Financial Center will be the first development in a new financial district proposed under China's 12th Five-Year Plan. The centerpiece of the design are the "Gateway Towers", conjoined at the top by the GATE Hotel, which will feature a rooftop deck and infinity pool giving visitors views over Xiamen and the nearby Kinmen Island.

In addition to the views provided by the hotel, a sky lobby at a height of 150 meters will offer 360-degree views of the surrounding area. At the base of the towers, the building will offer direct access to a planned metro station on Huandao Road.

According to the press release, the design concept "illustrates the importance of Xiamen as a gateway between China and Taiwan," with TFP Farrells Director Stefan Krummeck adding “our design provides a dramatic visual impact, ensuring the breathtaking view of the coast of China is maximized.” 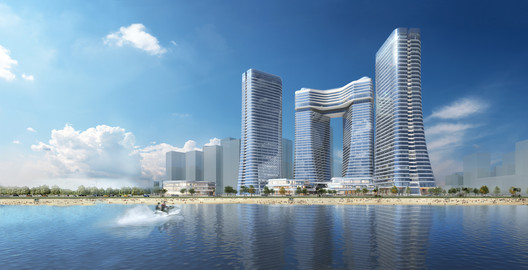