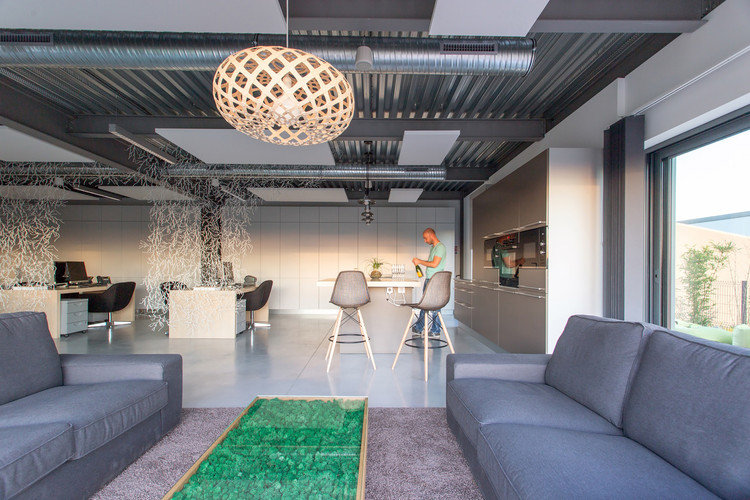 Text description provided by the architects. Since 2007, meamea is specialized in producing acoustic vegetal pannels. The firm uses an innovative material coming from the vegetal world: the scandinavian stabilized lichen.

This 100% natural foam is preserved thanks to a new technology. So it doesn’t need either maintenance, or water, or light. Its high performance properties of acoustic insulation, making it a natural, ecological and designer material perfectly adapted to offices, receptions, shops, public areas … layout.

Currently in full expansion, meamea has decided to build a new head office in order to extend its production area and redesign its office space. The new building, of an industrial style, is characterized by its sobriety and its entrances which are designed in negative, as digged in the general volumetry.

The walls of these spaces are tinted in the green color of the company symbol. During the night the color is accentuated by light effects.

The interior layout has been designed in order to create a working atmosphere as the “Google style”.

Indeed, after going along the plant wall, the office area is equipped with a kitchen and a living room, thought like an open and convivial space.

Since the beginning, meamea has paid a particular attention to a well-being atmosphere at work. Employees spend time at work so they must feel good there. It’s a trendy way of thinking in most of the big companies and some of old start-up.

Actually, this organization presents many social and efficiency advantages, as making exchanges easier, forging links between employees and creating a general motivation.

Moreover, it permits to give a dynamic image of the company to the visitors and potential clients.

Meamea is one of the fashionable company, an innovative one, thanks to its designer concept and its choice to develop this new type of office spaces which became a main issue of the professional world. 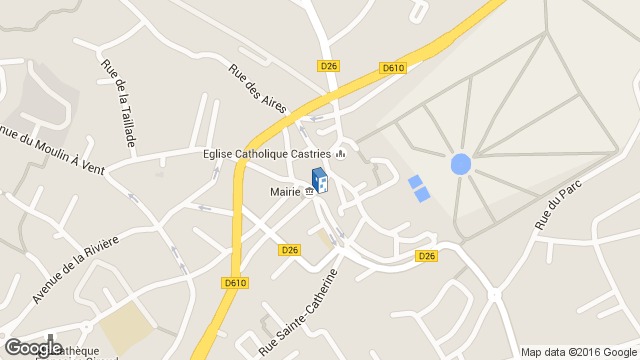 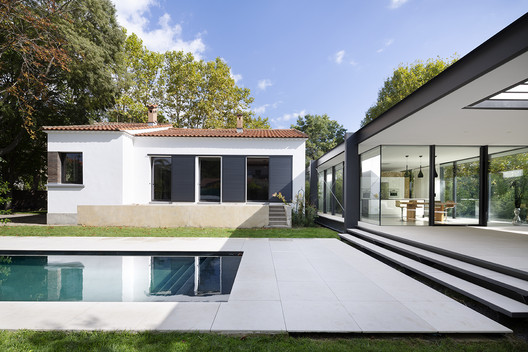