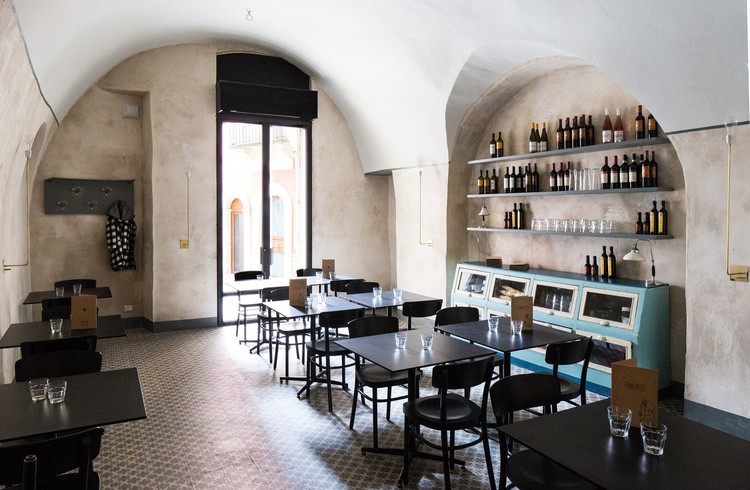 Text description provided by the architects. Tiniche’ is a project for a restaurant serving typical Sicilian food in the center of the historic heart of Ragusa, Sicily. The client’s request is for a space that best represents the character and essence of its homemade cooking. The intervention here involves the lower section of a building from the 1800s, which has been recovered after years of abandon and decline.

It consists of two environments which are long and narrow, positioned one after the other and slightly shifted, which are internally connected onto the two streets the building overlooks. This provides great visual depth. The building itself is in bearing masonry and the ceilings are barrel-vaulted. The project foresees the creation of a kitchen and connected facilities, a serving hall, a small bar and a tasting area for quick consumption of the restaurant food. The aim is to create and develop simple, essential space.

The environment has been freed of old false ceilings and wainscot and the original arrangement has been regained: two spacious rectangular environments. In the first the kitchen, the bar and connected facilities are situated and in the second the serving area. The only partition, deemed necessary to delimit the kitchen, has itself been considered as an element of furnishing: created in black steel and reinforced glass and visually detached from the floor and the ceiling as if it were a private area.

The use of reinforced glass, which was found in an old glassworks, has created the right balance between those who are working and the transparency required for the restaurant clients. Placed at the left of the main entrance, the separating walls develop lengthways into the first hall, defining and amplifying a telescopic effect towards the opposite entrance. Further, this becomes an integral part of the whole frame, separating the two parts: one for access to the restaurant, the other for access to the kitchen.

Opposite the dividing walls, two long shelves created from iron sheets serve as counters for those wishing to consume food quickly. In axis with the ironwork walls and separated by the width necessary to gain access to the service facilities and the kitchen, a counter is situated for serving and for the till area, designed in grey lacquered wood and Carrara marble. Above the counter is the structure in black steel which serves to house the lighting system, shelves for bottles and racks for glasses.

Toilet facilities for the public are found at the back of the bar. Utilizing a single, old recovered frame, doors for access have been created to the service area for clients and with shutters, a saloon door into the kitchen.

The second room, separated from the first by an aperture with stone jambs, houses the serving area with tables and chairs seating up to forty. There is antique workshop furniture which acts as a point from which to serve. The lights, lucciola o lanterna by Mario Nanni, make the roughly painted walls and the irregularity of the apertures, which have been brought to light and restored, the real protagonists.

The lime based, free hand plastering has been left in its natural color. The floor is in porcelain stoneware 20x20 from the Mutina and covers the whole floor area. It has also been used for the coverings in the bathroom and the kitchen. In the second room, another entrance leads to a little lane with ample steps and tables out in the open. 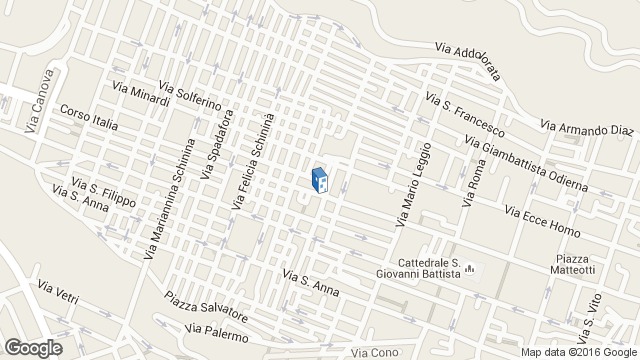