Text description provided by the architects. The construction, which is designed for the city and to create a new meeting and communication space in the area, has been completed with input from multiple companies and institutions and refers to the old name of the space linking it to the place, nature and its current use. It is literally an insect perched on a garden. "We made an adjustment to the space in which we live. An insect adapted to the environment, a project conceived and designed specifically for Las Cigarrreras, which is not a space to use. It was not about making a normal cafe, but an exceptional work that would link with the surrounding cultural environment", says Paul Belda, project architect.

La Cigarra has the ability to adapt its size to the specific needs and through a telescopic development is able to pass from an interior space of 74 square meters to 127 square meters. Also, the structure consists of three main parts: head, body and tail. Each form is understood autonomously but forming a homogeneous whole. The design process, materiality, geometry, functionality and uses of each of these three parts of the insect address different programs which have shaped it, and the diverse needs of the commission.

The scheme is based on a metal structure that can be seen perfectly in the simulation of the gills. To meet the "head" of the animal Tomás Amat and Pablo Belda have chosen the techno-material Corian® in glacier white that worked by thermoforming and CNC technology, fits perfectly and offers almost infinite possibilities to play with light and its colors. It is in this area of 75 square meters where the technical area of the building is. The kitchen and storage, bar, cold storage and customer service area are not incompatible with the criteria of beauty and functionality.

The facility center reflects the body of La Cigarra, where we have designed a space for exhibition and winter areas in 65 square meters.

Finally, the "tail" of the animal is a 45 meter piece of wood designed by the architects and built by the artist Manolo Garcia, which brings us to the geographical area in which the cicada lives. The architects have designed a fabric, a free skin that can embrace the body and fall back on the head, adapting the garden space to a bounded place for the summer.

It is worth mentioning that its social and cultural interest has encouraged companies to collaborate economically and therefore, the project also proclaims its commitment in this area, recording their names on Corian® with a CNC technique. The office has been able to join forces for the project to be finished in a few difficult years. As Tomás Amat says, "We have achieved a public space, for everyone. In difficult times we have understood the importance of cooperation, the value of what is public, by companies like Hispanitas, Finstral or DuPont, in a budget that has been completed with contributions from the Town Hall or the concessionaire company, Sorell. " 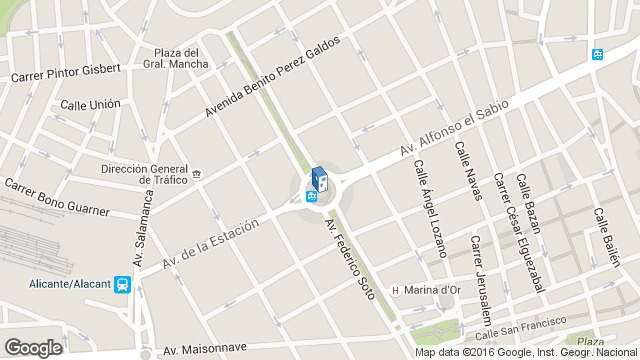