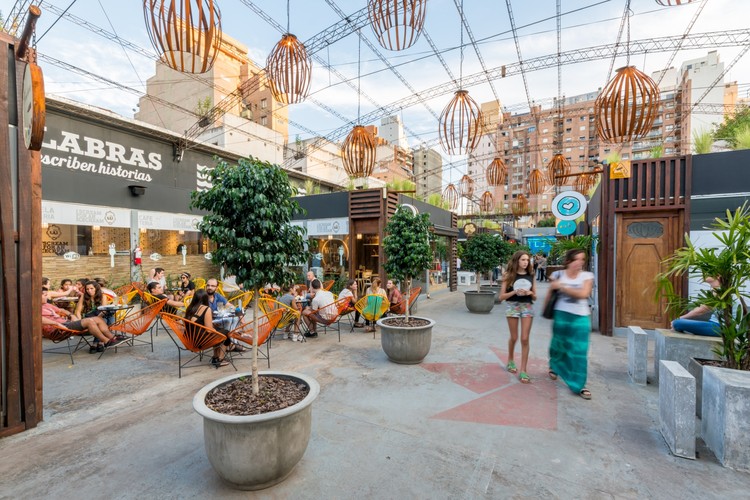 Text description provided by the architects. The project is immersed in the traditional neighborhood of Guemes, the cradle of bohemian in Cordoba, and is now undergoing a strong transformation process, including new dining, shopping and cultural proposals within the already wide range of offerings.

In an old plate shed, which used to work as car parking, we propose an outdoor shopping arcade. More than twenty stores surrounded by patios, in a tour that tries to copy the "intricate movement" typical of workers' housing of the neighborhood that have become stores.

When we disassembled the shed that worked on the lot, we found available materials that we decided to use: thus some demolished walls became floors, openings rescued, sanded and reused, and veneers from the original roof became the roofs of the new premises. The structure of the shed was preserved as a reminder of the original building and with an almost sculptural character, from it, large metal lamps hang that regulate perceptually the scale of the open space, and have become icons of the project.

The recovery and reuse of items from this and other projects, defined the aesthetic and the concept that guided the proposal.

In an agreement with the local government, seeking to promote sustainable practices in architecture, we decided to incorporate green roofs, thus transforming the project into the emblem of the search for a new concept of the city. 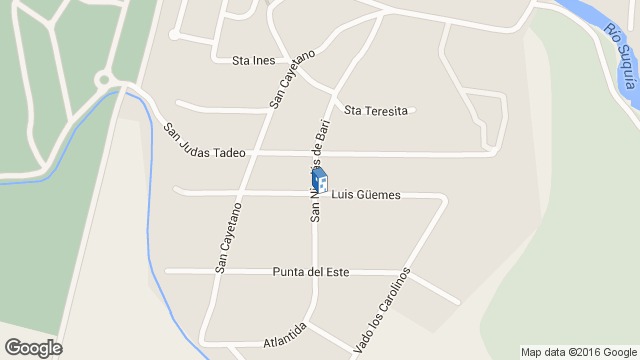