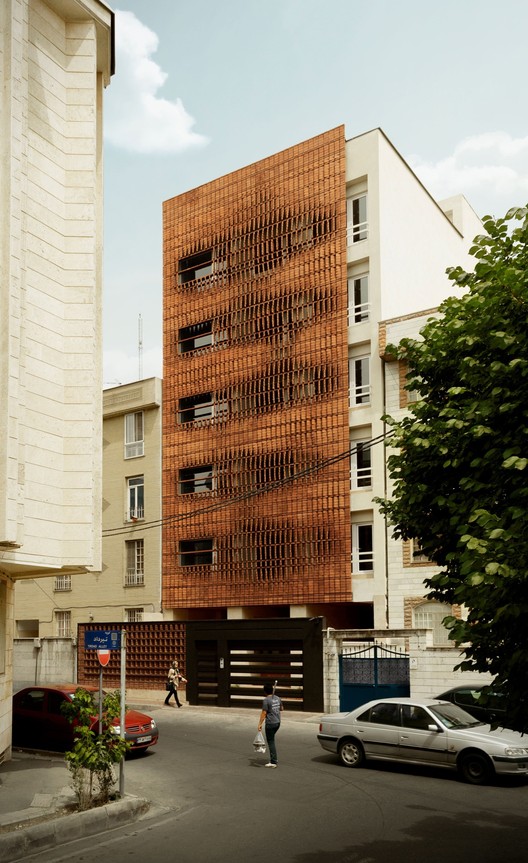 Text description provided by the architects. During the last decades Tehran population has grown enormously, as a consequence demand for housing has increased dramatically leading to high land prices. In such conditions every feet of land equals to considerable amount of profit making a change in priorities. In contradiction to the past that the main center of attention was on human’s comfort and needs, unfortunately, making the most profit out of every project has become the number one priority, these days.

The current housing developments tend toward a vertical growth and even though this pattern of housing is economically profitable for the builders and seems to be the only solution to the lack of sufficient land, it is extremely in contrast with Iranian lifestyle originating from their cultural and religious belief.

A key characteristic of Iranian vernacular residential architecture was providing privacy for the residents which in the past was achieved through an introverted architecture often formed around a central private garden with all the openings oriented to that and the windows were rarely exposed on the outer faces. However, in the contemporary residential architecture windows are opened to the public passage and with the vertical growth of the apartments, privacy has become a lost quality. An evidence of this claim is several balconies in the neighborhood covered by opaque materials blocking view from the opposite buildings.

1. The structure was constructed by another team before we were commissioned the job.

2. The strict building codes in Tehran.

The architect’s role was to overcome the mentioned challenges to produce a design that addresses its users’ needs and reconceptualize vernacular precedents to create a unique architecture.

To provide maximum privacy yet fulfilling other features such as moderating light, limiting view from outside, organizing chaotic experience of the terraces and decreasing high-traffic neighborhood noise, the solution seemed to be covering the architectural mass in a grid of openings. Brick appeared to be a proper choice since it has always been used as a local building material in Iran meeting environmental needs while creating numerous aesthetically beautiful textures

The concept for the façade is inspired from the surrounding neighborhood fabric. The brick texture is a reflection of the context’s chaotic skyline and the openings are located considering the pleasant and unpleasant neighborhood views.

Rotating the bricks provided the opportunity to have various degrees of openings and the  rotation angles are precisely adjusted through a dialogue between inside and outside considering sun direction, daylight and level of distraction from the across apartments.

The complex form of the façade, limited construction period and economical conditions of the project forced the project team to search for a new construction method for implementing the façade. The appropriate method seemed to be eliminating mortar by punching the bricks.

Parametric design software facilitated the texture design process. Despite the complex form of the facade the construction process was easily executable by workers through simple instructions prepared by employing a system of coding.

Brick has this unique potential to create a dynamic facade while using merely a single material.  The architecture is constantly alive, from both inside and outside. The facade’s colorful texture changes during the day representing different qualities of light and shadow as the inner spaces experience the same.

Designing niches between the columns provided the opportunity to host mechanical facilities, decorative objects and lighting. The location of the kitchen adjacent to the void, more than getting enough light, provides natural ventilation.

A ledge is designed in the gap between the brick membrane and the outer edge for placing flower-boxes and providing access to the windows from outside in case of cleaning. Balconies are placed behind the brick facade creating private semi-open spaces to revitalize their function. The plan is divided into geometrically pure forms in order to provide the potential to accept various furniture arrangements.

The design was an attempt to propose a prototype addressing the current issues of residential architecture in its region through bridging between old and new, proving how local materials and patterns can be used in new ways creating an architecture responding to both functional and aesthetic needs. 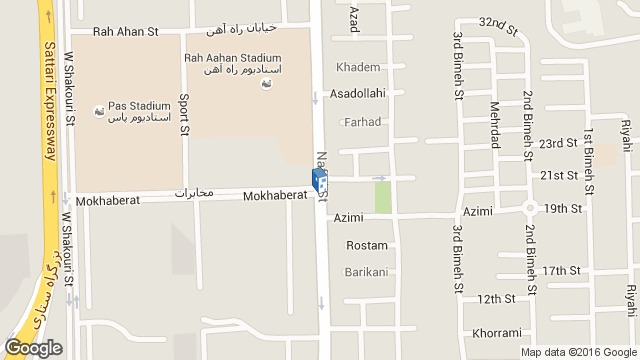