Save
House in Agra / RVdM Arquitecto 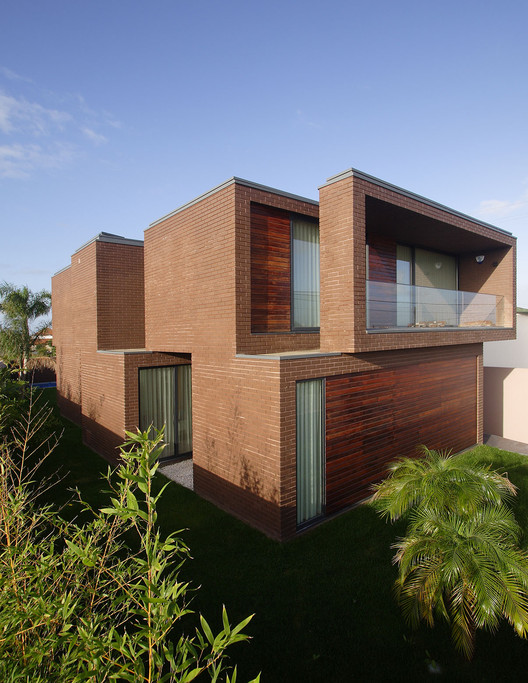 Text description provided by the architects. The option of guiding the habitable compartments in only one direction: east / west, developed a set of porticos that intercalates the program. By the separation of these porticos it was achieved a volumetric fragmentation proposing alternate lights and shadows, in a game between interior and exterior. This set of fullness and emptyness stabilizes and de-hierarchizes the house, creating a unified and cohesive image.

The solid brick, the material that builds and composes the volumes confirms the tectonic option for the house. In a fractal reading of the house one notes that it is built from the element to the set by adding and subtracting.

Thus it is proposed an informal house in its spatial relationship, familiar in its introspection and fluid on its proposed pathways. A communicator device both internally and externally. 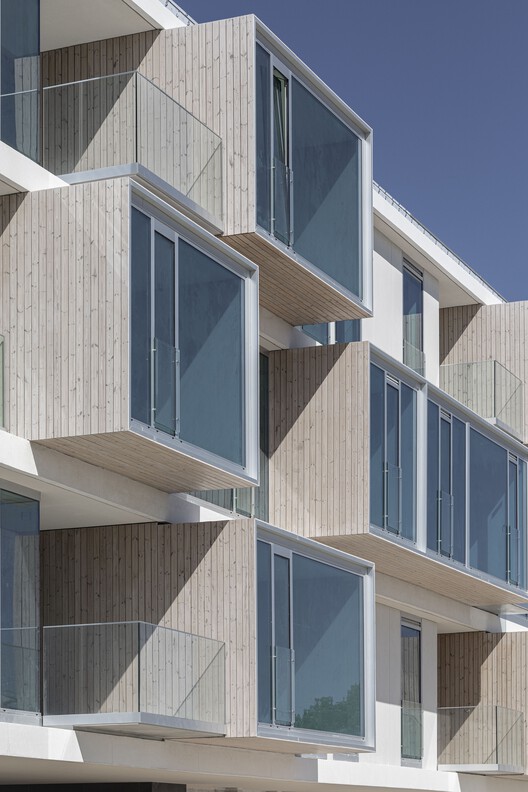