Text description provided by the architects. Project was to transform an old two-story house into a nursery school specialized in art education. The house was so called Western Style which prevailed in 1970’s in Korea; half-story raised ground from the road, set back as far as possible with a broad south facing front yard.

An annex was added to meet program. It was set along the main road on the raised ground. By doing so, it was possible to secure children space from the road, and to utilize space between the annex and main building. Entrance was designed to give more sense of arriving – into a children’s territory. Teachers’ office and a gymnasium were located by the entrance symmetrically. They are planed with windows on a single axis, so that teachers can easily supervise children all around and visitors from the entrance as well.

Regarding the main building, it was important to decide what to keep and what to erase from the 1970’s. Because of rapid growth, to most Koreans’ 1970’ means not only ‘out of date’ but also ‘below standard’. There were classical shaped concrete handrails along zig-zag running terrace – strongest element. Shape of zig-zag was regarded positive, so they were covered by metal sheet and painted white, so that simple folded planes can embrace the yard. In addition, stone texture of the main building’s façade was kept, but painted light grey to turn the yard into a lively space for children. Plus, gymnasium was designed openable so that outdoor space can merge into interior.

General concept of interior was ‘Canvas’. Normally, children spaces inevitably accompany a lot of colorful furniture and toys. Focus was on creating environment to give healthy stimulations rather than instant ones. Children will grow balanced sense of aesthetic while getting around well-lit spaces. 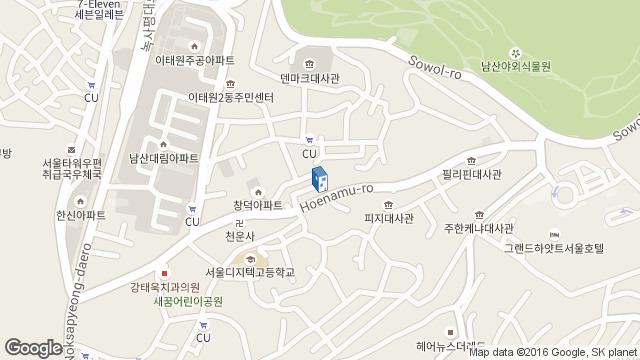 Location to be used only as a reference. It could indicate city/country but not exact address.
Share
Or
Copy
About this office
design studio in tu:ne
Office
••• 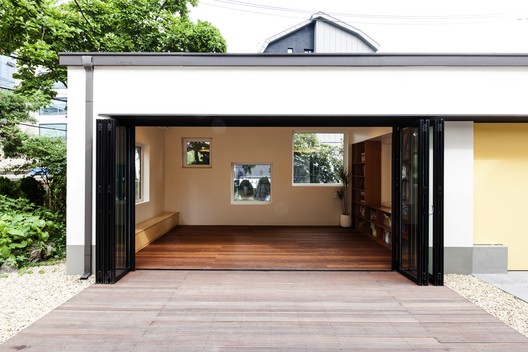