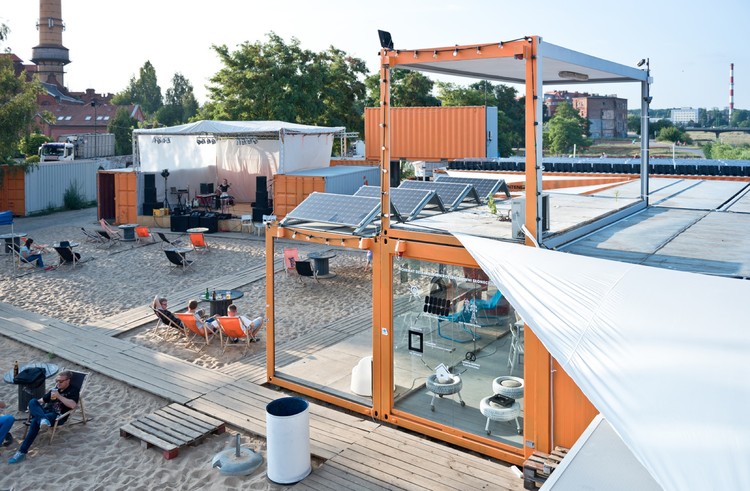 “Every year, in the beginning of May, the next edition of an experimental project called KontenerART begins. It’s an initiative of independent artists in Poznań - a place where you can relax, meet people and take part in whole creative process, learning new skills during many art workshops, concerts and exhibitions. KontenerART formula is constantly evolving. There are small, independent art workshops that can be used by associations, foundations or individual artists. They receive spaces built with containers and may use it freely to the end of august.”

This year it was 7th edition of KontenerART - small container city that each time is designed by another architect. Our idea was to simplify this space so instead of designing few independent pavilions, we decided to make one big building, surrounding whole area inside. Bar and Cargo Gallery, which left at the plot from the last year, became an arrangement base. Other containers, placing such functions as music workshop, Aktywator office, scene, food, toilets and warehouses, were “sticked” do the bar and gallery at the angle of 90 degrees and then, moved between each other so they created U-shaped building.

Modules, moved between each other, gave us idea of painting only north and south facades in bright orange colour. This way, entrances have been marked and building itself stands out in the cityscape. Placing containers at the one side of the plot, enlarged inner space of the “city”, giving place for sandy beach with deck chairs and a big island made of palettes of different heights which surround the tree - central point of this place. KontenerART is placed near the river, that’s why there is a terrace and a Bacardi Bar at the roof top, exposing view of the river and the cityscape. Massive container block have been completed with light container frames and white shadow sails. KontenerART always gives priority to ecology that’s why this year solar collectors were place at the rooftops, used i.e. in the music studio, and the green wall supplied the bar and catering in fresh herbs. 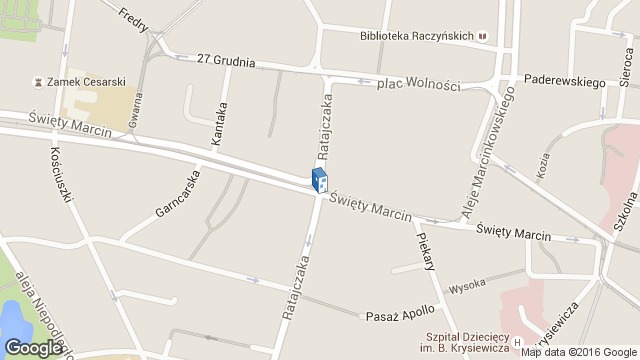