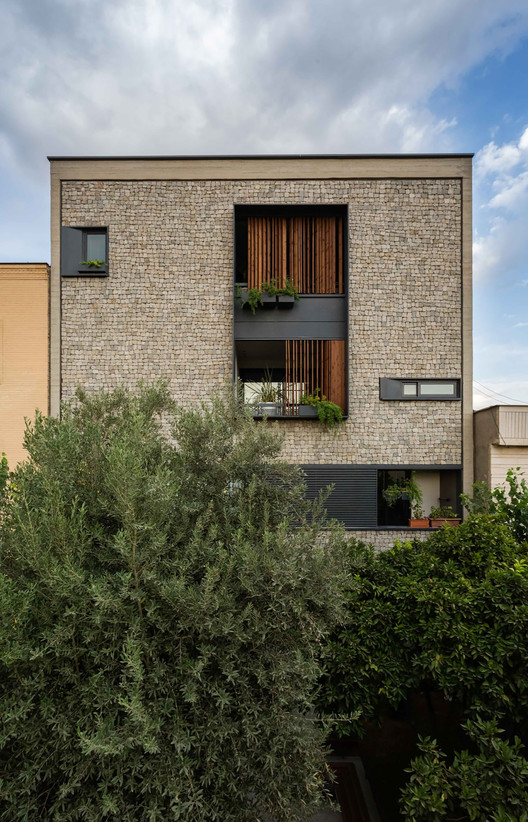 Text description provided by the architects. The main idea of designing this house has been supplying the primary requirements of beneficiaries and reflect the beauty of the nature into the interior spaces according to its placement position. It is situated in Golshan garden (Afif abad garden) zone which located in downtown of Shiraz city. The project tried to reload the prior repeating paradigms, and also In accordance with the criteria and the rules of region with a focus on human and attention to economy, society and the environment, impact on the urban environment. Each choices in this project has been passed from three filters of economy, society and environment and put its influence on the project.

The land area of this project is 268 m2 (11m × 26m). The maximum amount of surface occupation of ground floor is 60% of the land which built in its north part. The upper floors could have add 1.2m to the south and 0.6 to the north. This house has been designed for three families and from the beginning decided to start housing units (one unit per floor, 170 meters) from the first floor and allocated the ground floor to the parking lot, the entrance space, warehouses, and an office. Non-locating the parking in the basement floor saves green space of the yard and its old trees.

Each residential unit designed according to the needs, tastes and lifestyle of its owners. By examining the smallest behaviors of residents every single plan is consistent with the needs.This difference was also found on the exterior facade that the building volume (different from conventional apartments, with repeated modules) indicative variety of lifestyle of residents per unit.

According to the plaque orientation which is north-east to south-western, interior spaces that needed natural light located adjacent to the outer shell (three sleeping rooms and living in the north and south) and service spaces such as the bathroom and stairs and boxes elevators were in the middle.

Attending to the materials of the walls (clay with thermal coefficient of 1.9 w / m2k and noise reduction 43 db) and minimizing windows with triple glazing windows (a laminated layer, 12 mm argon) and also locating lockers as acoustic and thermal insulation on northeastern wall of the building, protected bedroom space from noise pollution.

Vertical design of windows and withdraw them from the front to a depth of 70 cm and installation vertical wooden louvers, reduced the intensity of direct sunlight into the East rooms. So a green space for every room appeared that satisfy peoples need to connect with nature and provides a sense of life for each person in the small-space living (room) and also brought an interesting view to passers-by.

In the southern side providing light by the openings were created in two ways.On the first floor, according to the height of existing plants, the main window located in front of the walnut and poplar trees naturally control the amount of light entering to the internal space in winter (leaf-off season) and  in summer (green season) and the trees make a beautiful view for the internal place. In the second and third floors with providing green spaces in the center of the southern facade Indirect light driven to the peripheral spaces with wooden movable louvers which are adjustable in different seasons and hours of the day.

This space created the half-open space to sit as the core of public spaces with the possibility to adjust the light coming into the building in addition it provides green view for the interior spaces and exterior form.

With special attention to the design of the staircase and the non-use of traditional executive details Stairs as metal thin plates with a distance of 10 cm from the body was predicted to provide more viewing area and light and air inside the stair case to circulate.

Preparing an opening on the glass made ceiling make it possible to convert a staircase to a Badkhan in the summer. Second grade air of the units (that has been cooled by mechanical means or through openings into the building) transferred from the empty space of staircase to the highest height of building and with the resulting negative pressure exit from the northern wall, and make better ventilation of the units and the staircase.

The main material used in the façades and interior design is cubic granite stone which is made from waste rock of the granite stones that broken into 10 × 10 × 10 pieces after cutting the stone and producing plaque stone or debris in the mine and mainly used as historic areas or parks flooring.

According to the green approach of the project the contrasts of the cubic stone texture with the urban rigid body seems so appropriate and Mix of different kinds of granite (Natanz, Khoram dareh, Shaghayegh, etc.) also helped to create the random color range and organic texture and link it easy to build artificial green cover. 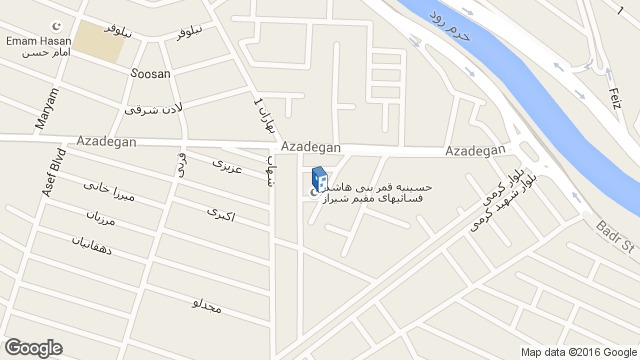 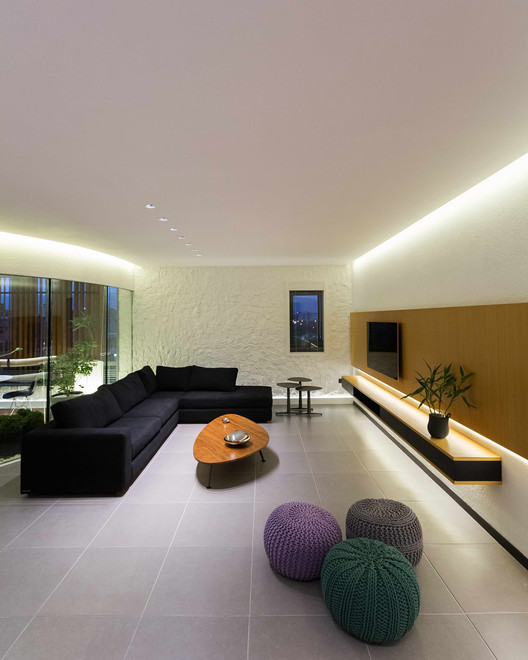 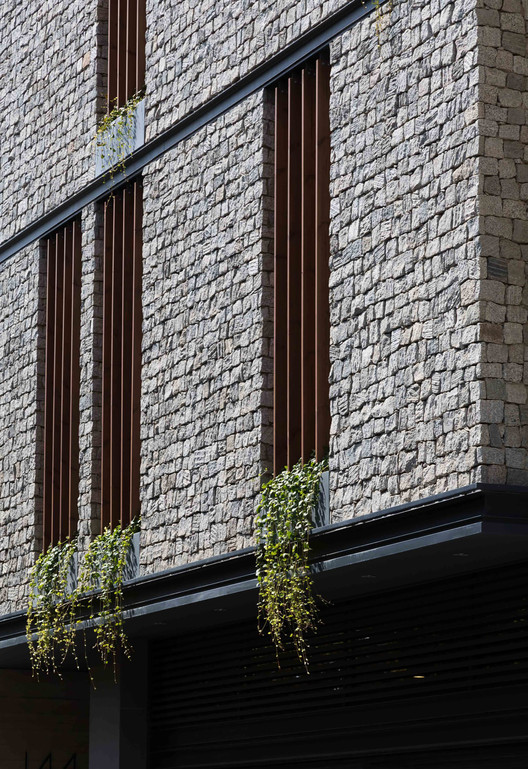