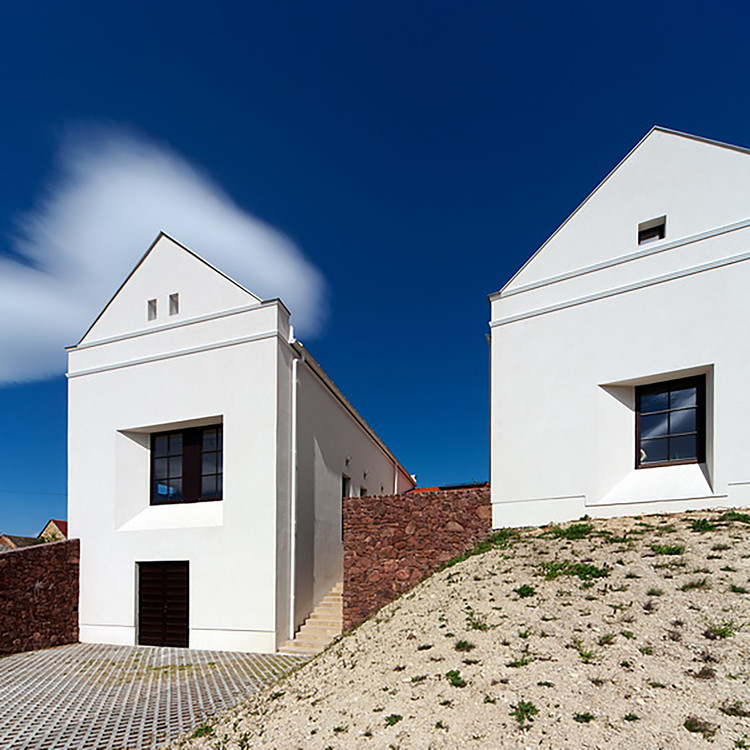 Text description provided by the architects. The new Visitor and Learning Center situated at the gate of the Káli-basin that demonstrates the herbs of the region was designed by András Krizsán DLA. The good-tempered group of buildings of the Learning Center reflects well on the Balaton Upland’s architectural traditions. Written by Dávid Bán, pictures by Tamás Bujnovszky.

Zánka, which was for long mostly known for its pioneer campgrounds, is a particular town of the Northern shore of Lake Balaton with an exceptionally polarized settlement structure. The old-town that includes the school and the reformed church lies open towards the Káli-basin, and plays a kind of a central role in the region’s life. Ideas were formed years ago to create a Visitor Center beneath the road going towards Köveskál.

The Gate of the Káli-basin was supposed to come into being on a privately owned site, designed by András Krizsán with the knowledge of the region’s individual architectural traditions – he earlier published an architectural guide of the surroundings. The conception could not be realized then, still few years later a new building was born with similar functions.

On the site Ferenc Takács started operating as an herb expert. Over time their family owned orchard produced and processed more and more herbs, when the idea of the Visitor Center was born.  To the 7000 square meter garden with more then 400 species of herbs a specialized Visitor and Educational Center, offering complex and versatile services, some kind of an ecocenter was imagined here by Ferenc Takács.

Knowing the surroundings already he asked András Krizsán, whose earlier buildings provided the base to design the non-profit herb center, that includes quite a lot of functions on a family-scale.

On the site, beginning with a steep ramp and continuing in a mild slope, a two-tract house was created, which smoothly fits with its materials and configuration into the architectural traditions of the Balaton Upland. The mood of the ordinary one tract, pediment gable roof houses with tiny openings and white plastering of the region is well reflected by the new Center inaugurated in 2014.

The herb processing manufactory is situated on the basement level, which is also open for the curious visitors, who can glimpse into the small-scale process of drying, distillation and creation of the natural products. In the informational office, which lies on the same level, and is directly accessible from the main road, tourists can get useful information on the car-, bike- or hiking trails going to the Káli-basin.

The offices and the utility rooms of the Herb-valley Center also took place here. In the other tract a small tea-house was built, in connection with a multimedia educational room, where the visitors are offered teas and spices made of the region’s herbs.

Between the gable roof, snow-white plastered building sections lies a retaining wall made of the region’s emblematic building material, the red sandstone, which also hides the utility rooms. When designing the building complex fusioning well with nature, the architect paid extra attention on sustainability. The solar panels installed on the roofs assure the complex’s whole power supply, the terraces oriented to the south got shed roof shading structures.

The complex dominated by the definitive white plastered facade, enriched by red sandstone sections on the lower tracts has a pleasant general impression and prevails well beneath the old school-building and the reformed church and creates a fine connection between the herbs growing on the site and the surrounding scenery of the Balaton Uplands. 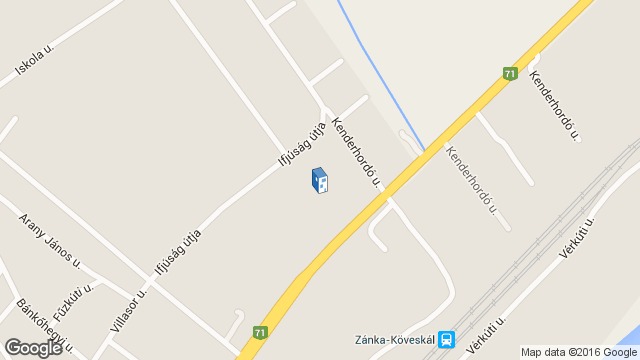 Location to be used only as a reference. It could indicate city/country but not exact address.
Share
Or
Copy
About this office
Modum
Office
•••