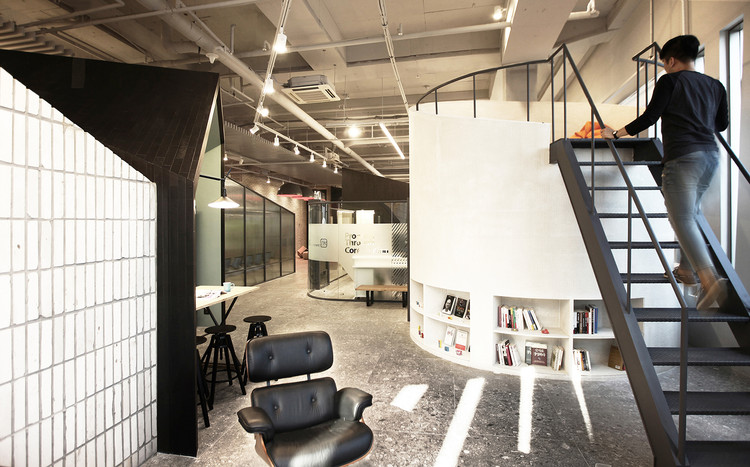 Text description provided by the architects. AlpenRoute, an investment consulting firm in Seoul, opened its doors as a startup just a few years ago. Following a recent business expansion the firm relocated its offices to a 500㎡ space in the upscale neighborhood of Chungdahm-Dong. The spatial expansion reflects the growing list of AlpenRoute's clients, who often seek consultation for investment in new business sectors. The move and renovation were to serve the clients' new business strategies more directly.

One of the concerns in designing the new office was in retaining a sense of brand solidarity while compartmentalizing the independent operations in the workspace.  The floor was separated into four disparate sections, while much care was given to the flow of the business network infrastructure.  The stimulation of creative approaches and collaborative solutions, within the pre-existing structures of the clients' respective industries, was the paramount design goal.

Minsoo Lee, a faculty of the College of design at Hanyang University formulated the overall concept of "A Village of Rooms" and proposed the continuum of hallway-meeting room-workspace as the overarching design paradigm.  Instead of defining each official boundary with a solid wall, the studio sought to bridge each work area with the hallway as the connection (intermedia) unit.  Thus one unified village of "bridge-rooms" was formed, fostering vitality and organic mingling among team members and visitors while retaining the distinct personality of each individual work station within. The design strays from the rigidity of straight lines and hallways through scattered placements of five to six 12㎡ bridge-rooms and by minimizing the use of walls inside the 500㎡ space.

Each bridge-room is given its own visual identity by varying the elevation and external appearance.  All bridges are designed to coincide with the company logo – a cascade of mountain peaks – through variations on open box designs with angular, tipped "gables". The minimizing of traditional floor-to-ceiling walls and the gable installations simulating layers of peaks add a depth and dimensionality to the entire space.

In consideration of the solemnity and orderliness of financial services the interior is presented mostly in dark wood, steel, glass, and monotone bricks.  Each boundary between the work area and bridge is presented in transparent glass, minimizing seclusion and accentuating the visual ethos of bridge-rooms as seen from various angles. 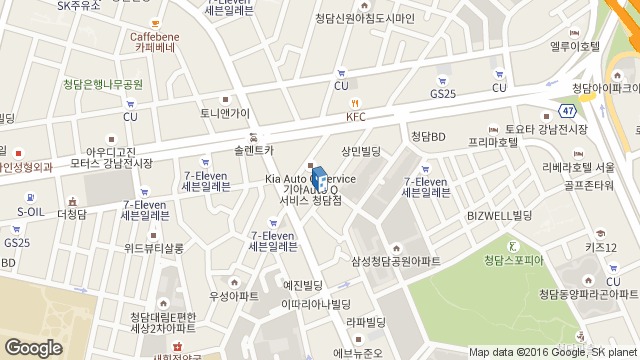 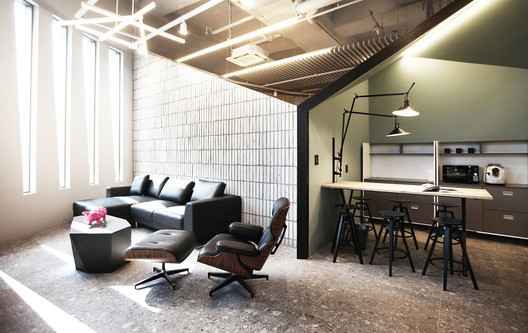 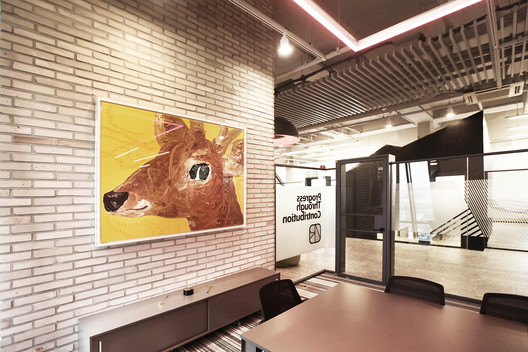 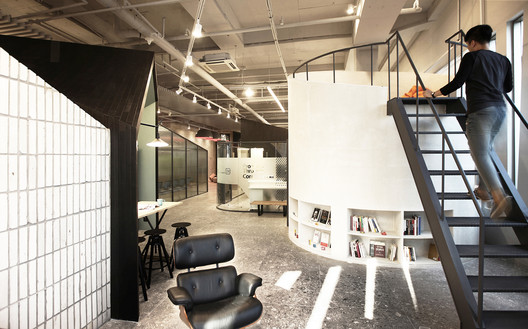