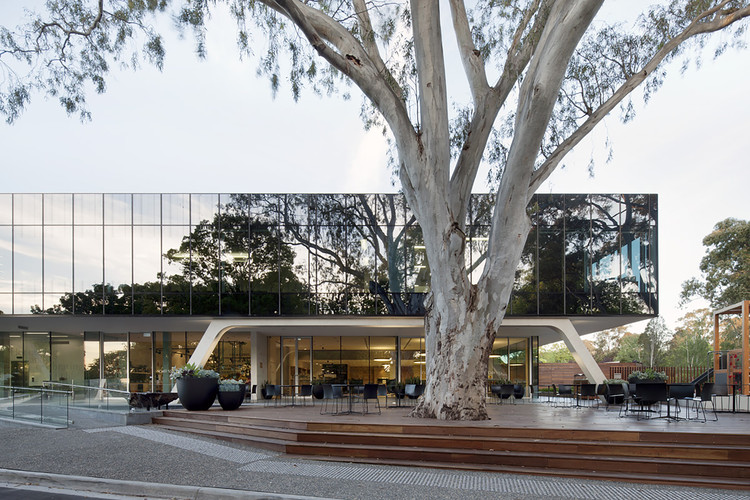 Text description provided by the architects. Leading multi-disciplinary design firm GHD Woodhead has recently completed a new carbon-neutral function centre and administrative headquarters for a major metropolitan cemeteries trust in Melbourne, Australia. Situated in the heart of Springvale Botanical Cemetery, the Clarence Reardon Centre was designed to sit in harmony with its lush botanical context.

The mass of the upper floor is clad in highly-reflective double-glazing, allowing it to not only perform well in the harsh Australian climate but also cloak itself in the imagery of its natural setting rather than compete with it. The building’s long, smooth and ephemeral form catches and continues the colours and shapes of the surrounding sky and tree canopies, shifting and changing as time passes and weather turns – a simple homage to the beautiful yet transitory patterns of life.

The centre is a mixed-use building that contains 7 flexible function rooms, a commercial kitchen, staff canteen, café and florist on the ground floor while the client’s head offices occupy 1800 m2 of open- plan office space on the first floor.

Sited within the cemetery’s central precinct, it serves as a focal point connecting the cemetery’s various centres of activity – these include existing chapels to the west, a newly-refurbished customer-facing centre to the south-east and maintenance facilities immediately to the north. The building allows for the consolidation of much of the client’s workforce under a single roof and forms a critical component of the cemetery’s medium-term business and environmental design strategy.

In deference to the sensitive nature of the cemetery’s operations and ambience, the building’s material palette is deliberately neutral and timeless, emphasizing the raw colours and textures of high- quality in-situ concrete, glass, bluestone and local timbers. Great emphasis was placed on the permeation of natural daylight into and views out of interior spaces via full-height perimeter glazing and generous clerestory lighting from above.

On the ground floor, the supporting structure of the building was carefully refined and optimised – concrete columns were shaped to form housings for operable wall panels, and a sweeping feature column serves not only to signify entry and address but also support a large overhanging portion of the upper floor on the south-east. In this way, the substantial upper mass of the building appears to float and dissolve into its environment, reducing its visual impact.

In addition to its impressive panoramic exterior, the Clarence Reardon Centre was envisioned to be a local leader of environmentally responsive architecture, designed to be carbon-neutral under the One Planet rating system. A side from a high-performance double-glazed façade, the building leverages its large open roof area to harvest rainwater and solar energy.

The upper volume of the building overhangs the ground floor to reduce glare and direct solar gain, allowing full-height double-glazing to front-of-house spaces that provide maximised views out into the landscape. On the western elevation, the building ‘s façade and floor plate break into faceted planes that direct vision glazing away from the harsh evening sun and create kaleidoscopic reflections of nearby tree lines silhouetted against the setting sun. 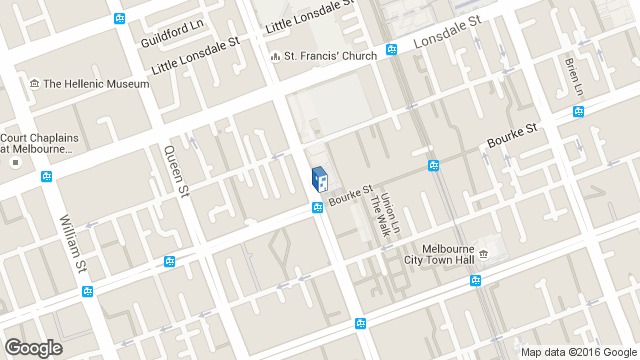 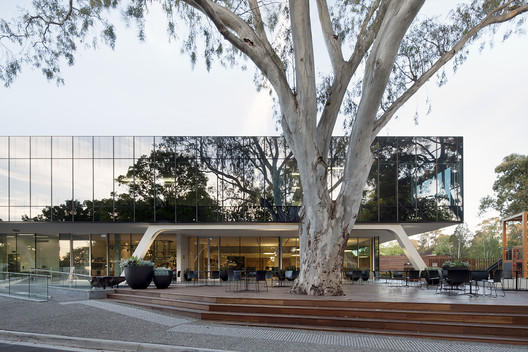