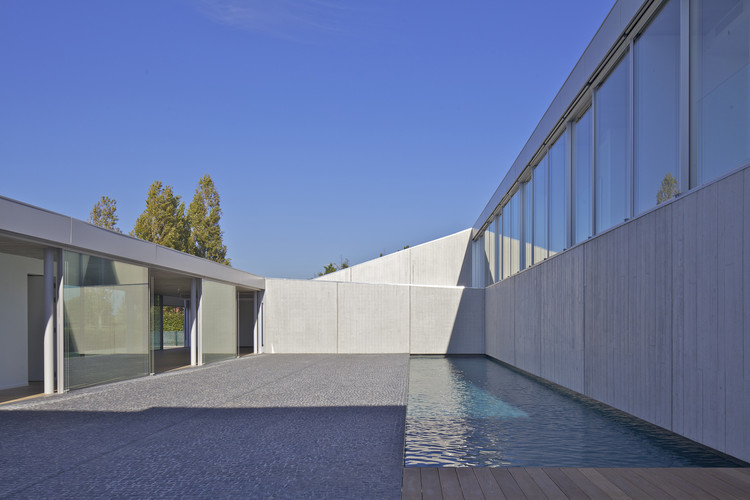 Text description provided by the architects. Located in a residential neighbourhood north of Toulouse, the project sits on a 34x34m lot at a dead-end between two compact plots, in a heterogeneous and randomised suburban area.

The environment in which the building attempts to integrate itself is characterised by a stark contrast between the disordered sprawl of the suburban estate and the seemingly limitless international golf course of Toulouse. These two distinct elements led to a radical implementation strategy regarding limits, proximity and vis-à-vis on one hand, and the course on the other hand. Within the regulatory constraints of this situation, it aimed to exploit the potential of the site as far as possible.

The –atypical- architectural concept defines this pavilion as a support for multiple purposes and uses. The building aims to be a place for reception, work, meeting, exhibition, creation or accommodation, while being enjoyed and considered as a living space.

The project consists of three overlaid boxes open in a unique direction towards the artificial landscape of the golf course, and offers a more exclusive central space. Each space aims to dispose of technical constraints to host diverse functions; specific and adaptive at the same time. So, rooms such as the bedrooms with bathroom/offices do not readily identify themselves but are rather characterised by their ambience and coherence with the project as a whole. The vast transparent volume of the living/meeting/gathering room opens fully towards the paved patio and its swimming pool on one side, and towards the terrace overlooking the golf course on the other. The workshop is an autonomous unit, hence its specific treatment. It resonates nevertheless with the common concept by offering a multipurpose space. This big volume is lit by a large window facing north, while polycarbonate cladding adds a certain vibrancy to the walls. It extends outside as an “exterior plaza” to host receptions or exhibit art pieces.

An unassuming building, whose sobriety can not pass for austerity given its generous dimensions, materials, textures, light and views, this house yet reveals a high level of exigency and a great deal of precision. Two qualities that, however, do not make it a rigid, frozen or defined project.  The goal of the architects was not to be minimal or overly aesthetic, even though the resulting image is ambiguous due to the absence of signs and to functions’ evanescence. The project displays a fluid spatiality evidenced by discrete openings and circulations routes, a concealed staircase, and windows that seem to fade to embrace the landscape better. 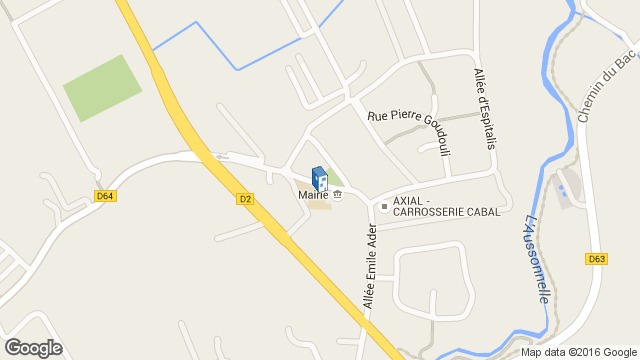