Save
Do You Know About the Secret Apartment at the Top of the Eiffel Tower?
Share
Or
Copy

Few would describe the steel girders of Eiffel Tower as "cosy." By contrast, Eiffel's comfortable apartment was said to be "furnished in the simple style dear to scientists," according to Atlas Obscura. Complete with all of the amenities required for a comfortable nineteenth century Parisian life, Eiffel's apartment has remained largely untouched since its construction. Elegantly appointed with carved wooden furniture, oil paintings, ornate wallpaper and a grand piano, Eiffel used the space for entertaining and quiet reflection, though invitations to the apartment were rare. The guest list was said to have included prolific inventor Thomas Edison, his visit now immortalized in wax figures that form part of the apartment's public display.

Discovered shortly after the tower's construction, the apartment was coveted by the Parisian elite. Eiffel's apartment was considered among the city's most valuable addresses, with many offering the architect hefty sums to spend a single night enjoying panoramic views of Paris. Eiffel was, according to Architectural Digest, considered “the object of general envy” among Parisians and reportedly refused all offers in favor of personal privacy. Now, Parisians and visitors of all stripes can visit Eiffel's private quarters for the mere cost of entry to the tower, though they are limited to peering in through the windows. Find out how to visit his secret space, here.

NewsArchitecture NewsApartmentsEiffel TowerParis
Cite: Finn MacLeod. "Do You Know About the Secret Apartment at the Top of the Eiffel Tower?" 26 Sep 2015. ArchDaily. Accessed . <https://www.archdaily.com/774331/do-you-know-about-the-secret-apartment-at-the-top-of-the-eiffel-tower> ISSN 0719-8884 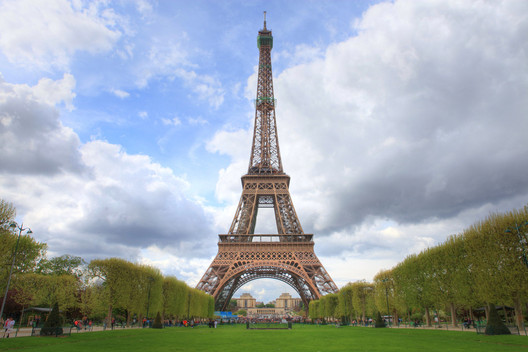