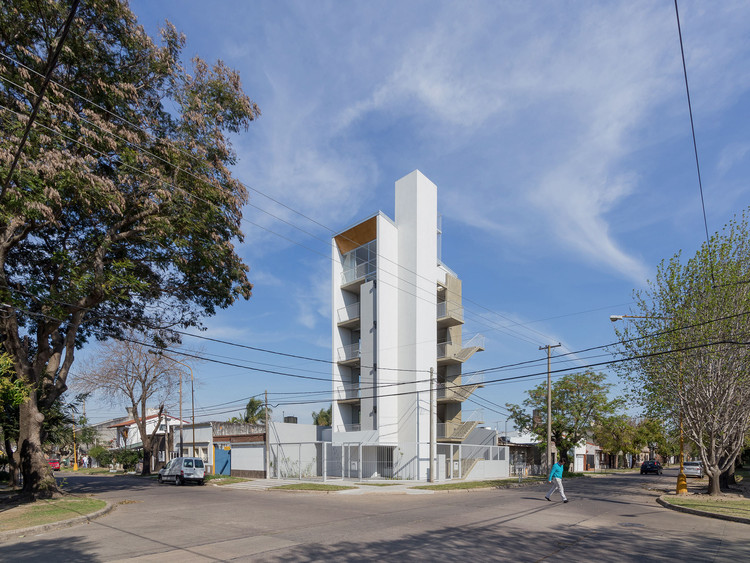 Text description provided by the architects. Castelli owes its appearance to an interpretation of a recent urban regulation proposed for some "corridors streets" of this low-density area.

In a small corner lot of 11.60 x 16.50mts, the block complies with the mandatory street withdrawals and separates from inner limits lots, which give a certain height to take advantage of views of the Setúbal lagoon and the center of the city. The slenderness of the little tower incorporates a new architectural type in a neighborhood with predominance of individual houses and some small buildings in a rather horizontal format.

The apartments are arranged vertically with two bedroom ground floor that includes a patio, three floors with one bedroom apartments and a duplex in the last two levels, with a lower social floor and an upper private one, that includes a multifunctional space.

To the west, the facade is closed to the sunlight by two elements: an elevator whose volume contains the water tank and an open stairs as part of the urban space. The building is open to the other three sides, for a proper ilumination and efficiently ventilation, balconies are placed to the north. 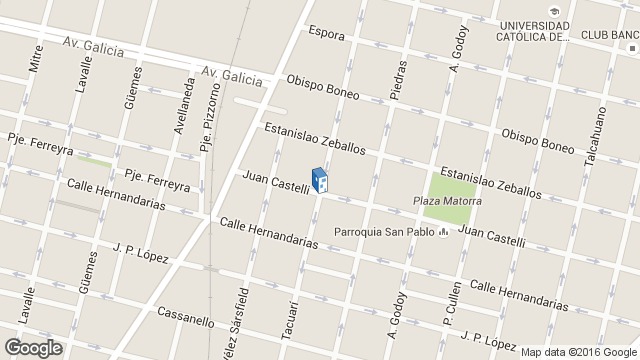