Save
The House of the Postmaster / kissmiklos 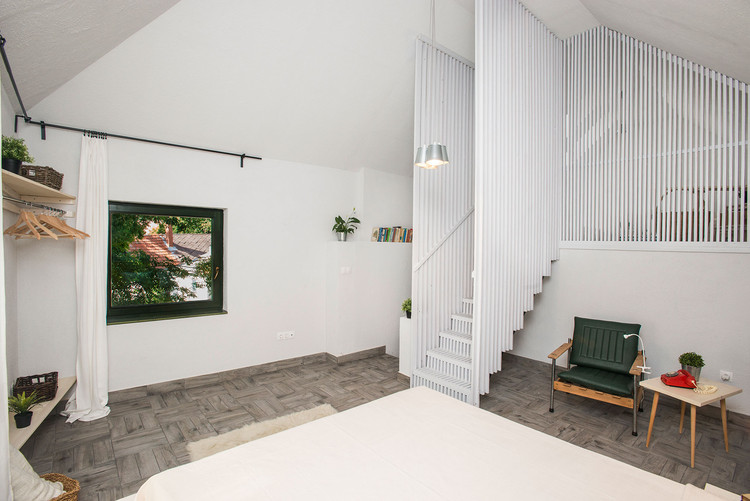 Text description provided by the architects. The client got inherited this apartment from her grandmother’s brother in 1955. The house is made of stones and pise. Uncle Andor became the head of the post office in Mátraszentimre. That’s how we named the place, the House of the Postmaster.

The original furniture did not survive the passing years – that’s why we tried to recreate that atmosphere with similar furniture, everyday objects and accessories from the post office. The whole space is designed with this in mind – mixing it with modern architecture and aesthetics, with the feeling of a mountain house.

Many furniture have been recycled or reused in creating new ones. Everyday objects have been redefined and new functions added.