Save
Ritual House of Yoga / goCstudio 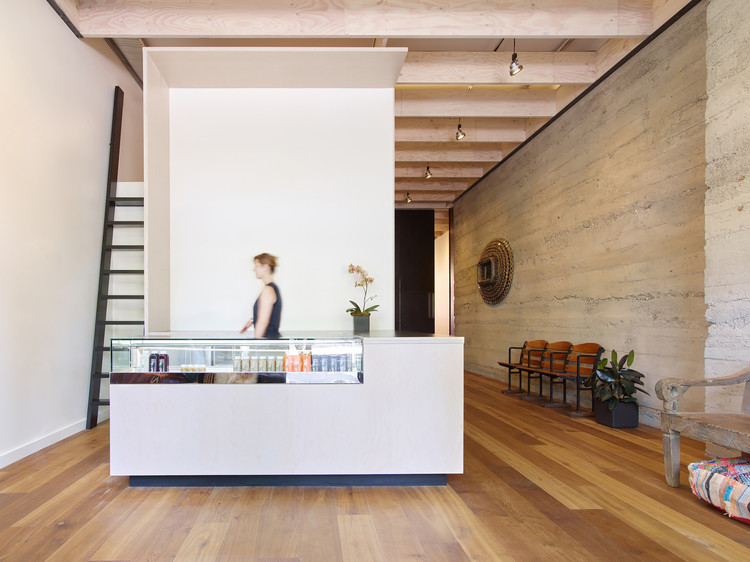 Text description provided by the architects. Inhabiting a 1909 historic masonry building in Seattle's vibrant Capitol Hill neighborhood, Ritual House is amongst a number of new businesses making 19th Avenue East their home. The weathered brick storefront of Ritual House, works in contrast to the light modern interior beyond, which spans from street to alley. Residing between a coffee shop to the north and a Jujitsu school to the south, it is the first yoga studio opened by the Ritual House owners.

The space was a blank slate with a simple brief; a 40+ person yoga studio, two changing rooms, check-in desk, retail and space for transitioning between classes. The division of a long narrow open plan called for a creative solution to fulfil the owners requirements. The insertion of a central organising structureallows for separation of the studio space and front of house, with a large sliding wall on its east face.

This plywood box incorporates the new programmatic elements while simultaneously managing the circulation of the space which peaks and troughs throughout the day. The plywood box hovers between the exposed LVL wood rafters above and oak floors below and incorporates a built in wall of custom storage cubes on its south side, flanking a transition space.

The sliding wall on the east face of the plywood box works to serve several functions. Primarily it is used for visual and acoustical privacy, closing off the studio when class is in session. A smaller pilot door is located in the sliding wall to allow latecomers a chance to slip into class with less disturbance. Between classes the sliding wall accommodates the exchange of students with a clear opening of 9’through the transition space. The sliding wall  also allows to naturally vent the space with large operable windows on both the east and west facing glazed walls.

The introduction of LVL rafters throughout the space creates a natural rhythm which draws the eye from street to alley when the sliding wall is open. The rafters are also intrinsic to the lighting design; LED strips run the length of the rafters, pointed toward the ceiling to create a gentle glow ideal for inducing a meditative state. The rafters also accommodate structural load and can be used for aerial yoga as well as for hanging display racks in the entry area where there is a small element of retail required.

A century old board-formed, cast-in-place concrete wall was revealed and retained during the construction process. Hand scraped and sandblasted over three days, the beauty of the wall was revealed after being covered by layers of plaster and paint added over the last hundred years. The texture of the concrete catches the western sun and provides balance to the smooth faced plywood casework and painted walls as well as recalling the history of the building. 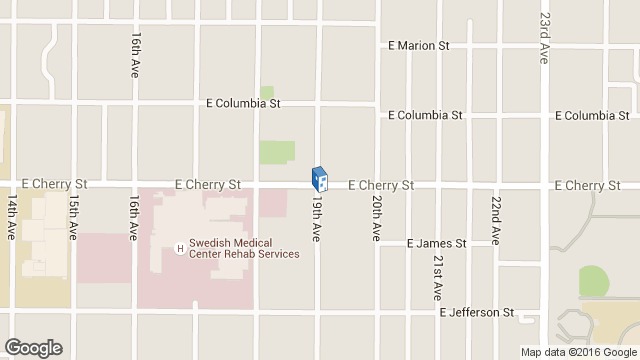