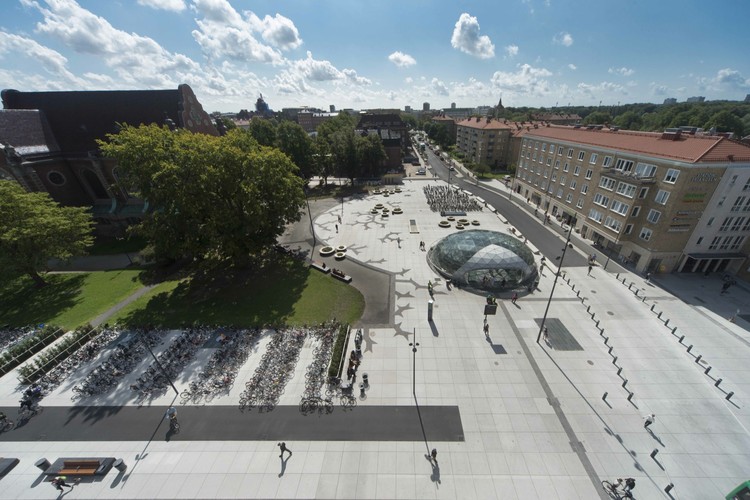 Text description provided by the architects. The Triangeln area in central Malmö used to be a quiet place, set apart from the busy main streets. The new City Tunnel station has transformed the area to become a hub for the region’s 37,000 commuters. Today, it is one of the city’s liveliest living rooms. In order to meet these new streams of people and their needs, the City of Malmö announced a competition to design new urban spaces around Triangeln. Here, White has created two connected spaces that work as well during weekday rush-hours as during peaceful Sunday mornings.

“We see the area around the Triangeln station as an ’open stage’ for everyone to share. A single floor of beautiful in-situ concrete and common details including lighting and seating unify the sequence of spaces. The vision is an elegant floor containing everyday luxury.” - Niels De Bruin, White.

At Konsthallstorget (the Art Gallery Square) we have created a generous public space. The art gallery is one of Malmö’s most renowned buildings. Designed by Klas Anselm and completed in 1975, the building is now listed. The staff of the Art Gallery have been active in the stakeholder process.

The Konsthall Square has a flexible concrete floor formed from 2×3m units. The floor is easy to transform or replace parts of the surface for exhibitions and temporary events. This is already rooted in Malmö’s residents, who use the square for skateboarding, filmmaking and performances. There is a 30 m2 water fountain area for children’s play and an elevated concrete disc, to be used as a bench or a stage. The disc becomes a luminous plateau as dark falls.

White has been mediator between the two major stakeholders, the City and the Church. As a result of the close co-operation between the City and the Church we managed to erase all visible borders between the public realm owned by the City and the areas owned by the Church. The artist Ebba Matz has been working as an integral part of the design team, her major contribution being the thorn shaped system of pathways leading the way to St. Johannes Church, also known as The Church of Roses. It is Malmö’s Jugend church and the pattern was designed with inspiration from the representation of nature during the Jugend era.

This project showcases Malmö’s commitment to sustainable urban development by promoting both public and active transport, by train, bus and bike, and also by the involvement of environmental engineers in all key decisions, for example lighting and choice of materials. The design of the public transport infrastructure is integral to the project, with a principle of shared-space enabling pedestrians to move freely throughout the busy urban centre. 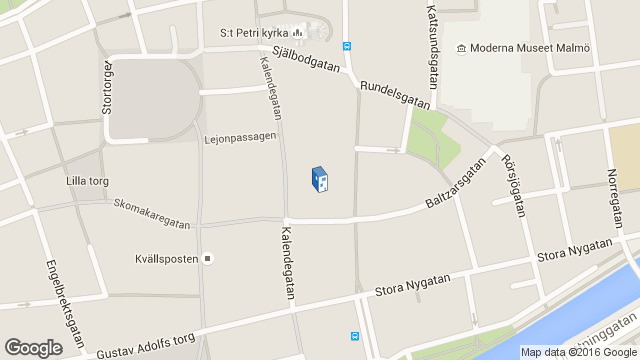 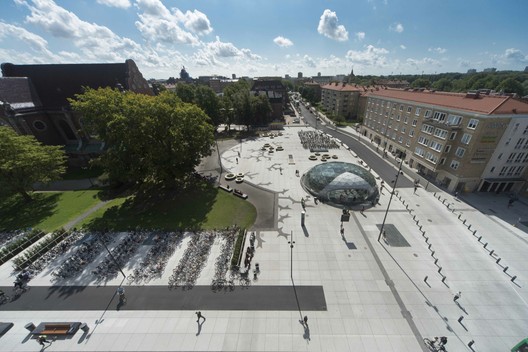