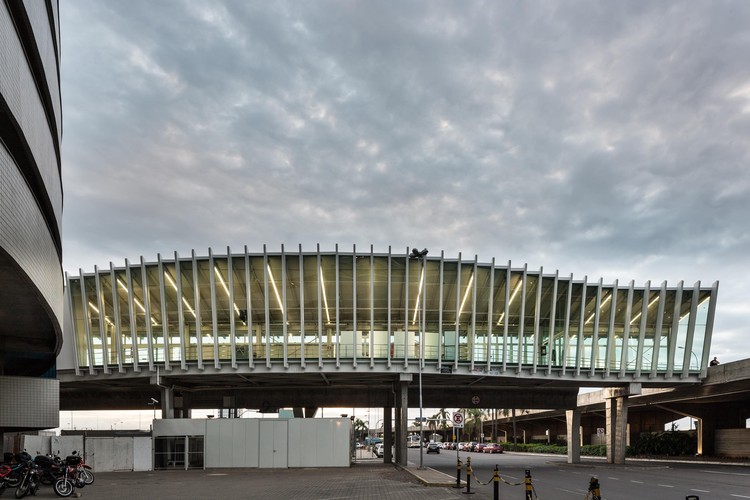 Developed by GrupoCoester, in São Leopoldo (RS), the aeromobile is a means of automated transport in an elevated track, using lightweight and non-motorized vehicles. Its propulsion is air - the air is blown by high energy efficiency fans, through a duct located within the track. The wind pushes a flap (like a candle) through a rod fixed to the vehicle that drives the wheels located on steel rails.

From the beginning, the main requirement was a fast construction, intended to be completed before the 2014 World Cup. The elevated track, as well as the stations, have been designed over public spaces and in some areas over streets, so the use of prefabricated structures was essential, not only considering the construction time but also the span of the intervention in each area of the highway.

Although the project is unique in Brazil, and requires a high quality control, the project was one of the few delivered before the World Cup.

OSPA Arquitetura e Urbanismo worked on the design development of the elevated tracks (ranging from the preliminary study to the executive project, including details).

The great challenge of the design was the presentation of a technical solution that respected the original layout of the Jakarta route, and proposed a way that would optimize not only its structure but also its maintenance.

The shape of the track is the result of the reception of the flap that is pushed by the air stream produced by the groups of engines placed near the station, resulting in a large beam. Its exterior shape is also set by concerns about the accumulation of debris during its lifetime. The predominant material is precast concrete, with an anti-cracking varnish as finish. The track is about 1 km long and along this route there is no planning or construction standard. To bring order to the space, the track should be understood as a separate element - not with an exotic form, but as a simplicity without precedent in the region.

OSPA Arquitetura e Urbanismo worked on the final design of the two stations, from the preliminary study carried out by Ado Azevedo Design office.

The stations are located at the ends of the track. Both the larger station - near the Salgado Filho airport - as well as the smaller - next to the Trensurb light rail, have a clear separation between the ground floor (where the technical area is located which guarantees vehicle operation) and the platform floor which is level with the road. 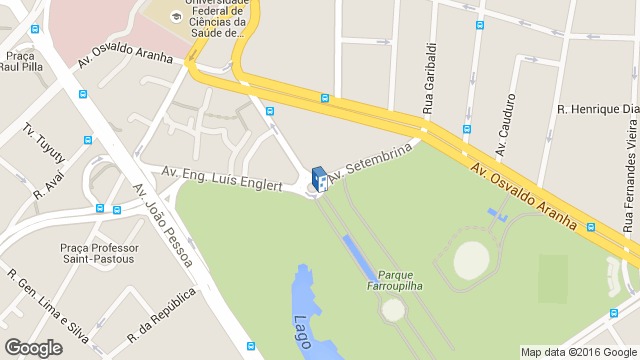