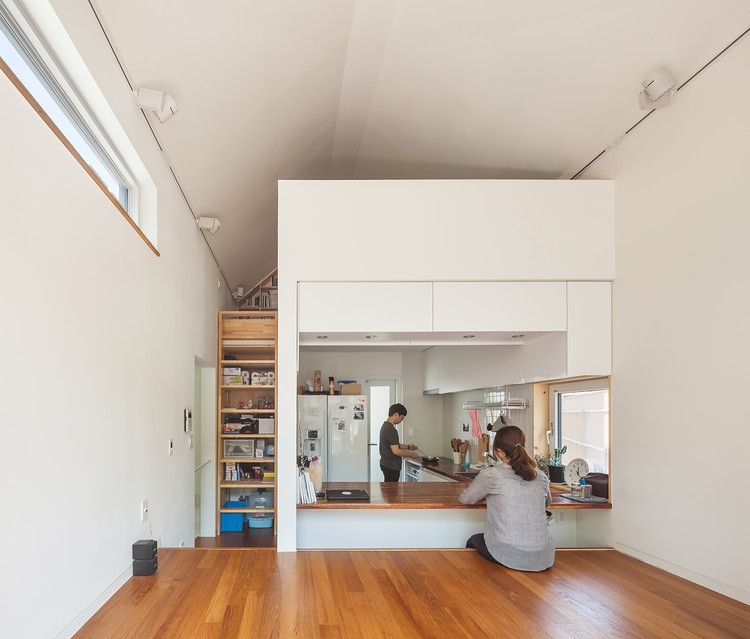 Text description provided by the architects. According to the Seoul Institute’s 2015 census data, the average floor area of a newlywed’s home is 72.7m2, and 44.6% of newlyweds live in an apartment building and/or multipurpose commercial/residential building typology. Two thirds of newly-wed couples lease on deposit basis, and 49.3% of those couples pay 100,000,000 to 200,000,000 KRW. The standardized typology and over-inflated housing price limit the parameter of choice in choosing a house for a young couple.

The clients were soon to be married. They asked us to build a house based upon their fundamental questions about how to start a life together, satisfying the basic essentials. They wanted a modest but plentiful life in it. The project emerged from finding a realistic solution for the newlyweds to move into an alternative abode, other than an apartment building or a multi-unit housing.

The site is sitting in an entrance location of the Gaemimaeul, one of the few remaining colonies of rag pickers in Seoul, Seodaemoon-ku, Hongjaedong. The walls of this old shanty town are decorated with paintings in attempt to embellish the area, and this exudes a mysterious atmosphere. Two adjacent roads–8m wide on the north-east side and 3 m wide on the north-west–meet in an angle, and the site’s south-west and south-east sides are narrow alleyways only for the pedestrians. The site is steeply sloped, whose level difference is 4m.

We concentrated on three main concerns. One was to find ways to read and approach the poor condition of the client’s purchasable land within the limited budget. The other was to integrate the house into the landscape of colorful wall paintings that are contrasted with the existing monotonous shanty town. Lastly, the issue was to conjure up a small but plentiful spatiality within the modest amount of construction budget.

It was important to preserve and utilize the site condition as much as we could, in order for the most effective construction process. The house is two-story building that contains minimum programs requested from the client. The floor area is less than 50m2, the maximum area that doesn’t legally require a parking lot.

As the site is surrounded by the roads sloping up towards north, we designed the entrance of the building in between the first and second floors. For the efficient movement and program arrangement of the house, we placed the living room and the kitchen on the second floor, in order for a sufficient natural light and a great view, as the couple spends most of their time in these spaces. Some private rooms and bathroom are on the ground floor.

The house is small but every nook and corner of the space is efficiently used. At the attic of the house is a study or a movie screening room, and the stairs that lead to the attic functions as bookshelves. There is a level difference between the living room and the kitchen so that the cooking table is extended to a seated dining table in the living room.

Our dwelling culture has been occupied by the large scale development along the capitalist logic, which resulted in erasing many of the city’s own characteristics. If we look for solutions to the remaining poor-conditioned small lands in the city, one could anticipate that our dwelling typology be abound again, while reserving the traces of the local qualities. 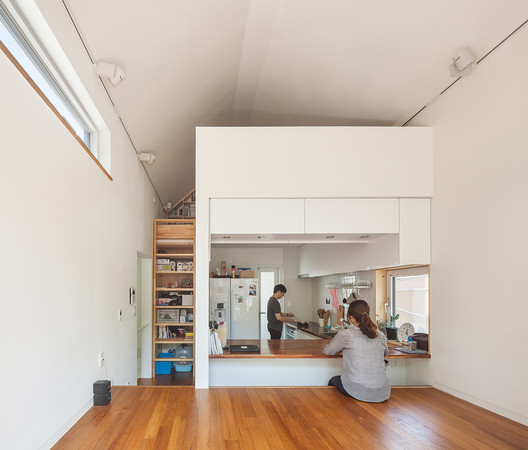