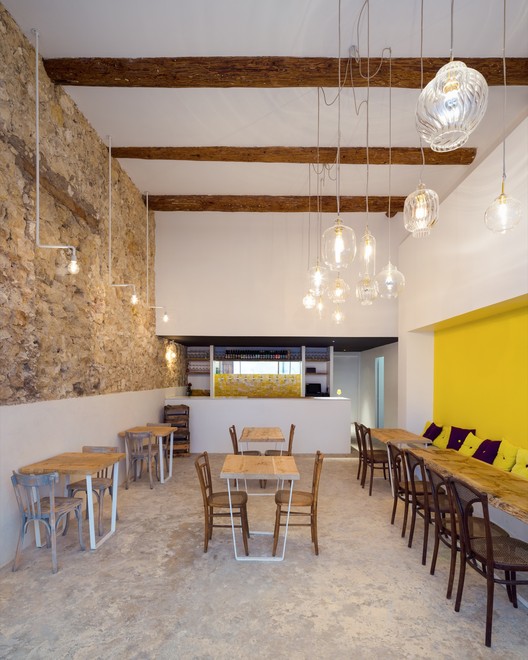 Text description provided by the architects. Fietje (noun): the distinctive sound made by the emission of carbon dioxide when opening a bottle of beer. In 2014, Vanessa Ghodbane, the owner of a beer cellar located at 36 rue des Freres Barthelemy - 13006 Marseille, decided to open a new beer bar that would be more focused on tasting.

It is from the coined word FIETJE that the project owner set the tone. On the demand of this bouncy inhabitant of Brussels it was necessary to imagine a place matching her image: dynamic, original and ready to break the codes of traditional pubs all rooted in the collective imagination.

As soon as they started working on the project Vanessa Ghodbane and Bertrand Guillon agreed on the necessity to propose something different from the traditional pub model and offer the patrons a new and surprising place. They pictured a refined and elegant pub, breaking the traditional codes but keeping in mind how cosy and friendly the place should be.

Located in a former furniture store, the place was initially characterized by an outdated layout composed of white melamine for insulation, a wide ceiling and rustic tiles. However behind these stern appearances hid a much more interesting and original structure which was typical of warehouses built on the old port of Marseille in the 17th century: a 4-meter high ceiling with exposed beams and supported by walls out of stones or flat bricks – elements that would be highlighted in order to give the pub its new identity.

At the street level, the place opens to an apparent covered terrace or an intimate space of transition between the street and the inside. The main room features the regained outdated ceiling and the setting of a tension between gross side walls in stone and a pristine white wall in the middle of which a yellow alcove faces zelliges used for the midway panel of the bar, from which emerge the ten draft beer taps presented to the patrons on a monolithic white Corian countertop. Behind the bar, the access to the washrooms and the room hosting the stock and the machinery of the draft beers.

The furniture and light fixture were mostly designed and made-to-measure; the metal-leg tables were made by local craftsmen out of solid oak tops and the glass suspensions were blown by Italian glassmakers while the chairs were bought from Marseille traditional flea market merchants.

The wide place and its relation to light but also the chosen materials shape a peculiar identity to the place, where the customer can be surprised and offered a unique experience in Marseille. 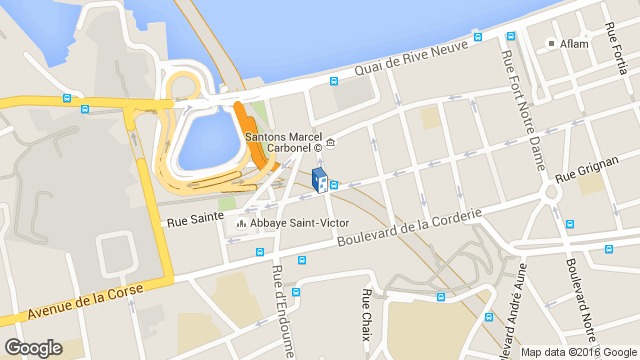 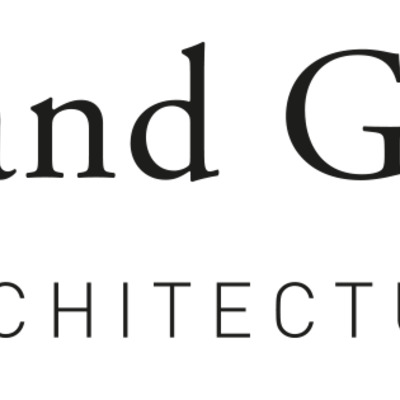