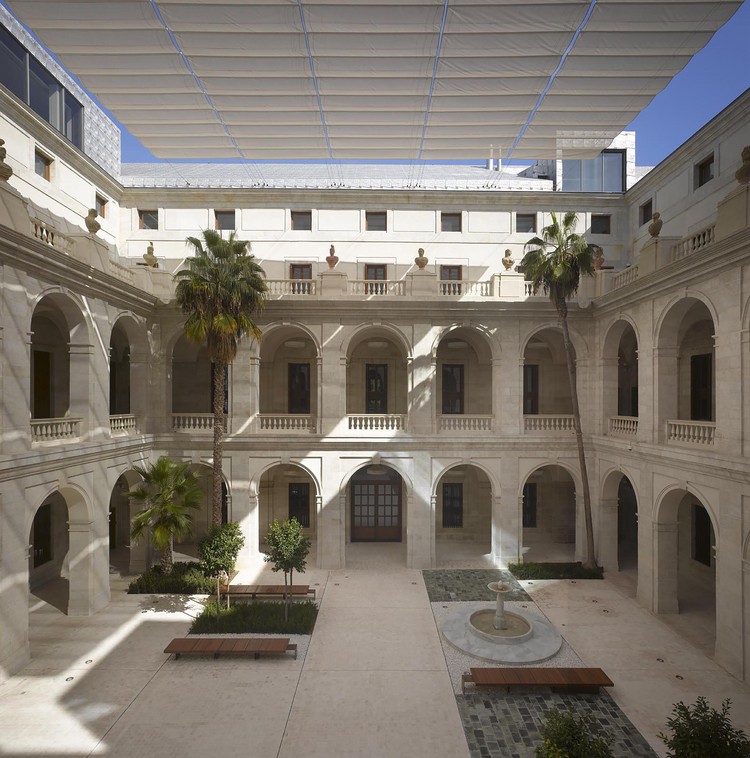 Text description provided by the architects. To recover the city for the city.

Palacio de la Aduana, located in the heart of Malaga, in the cultural hub with iconic elements such as the Cathedral, the port, the Roman Theater and the Alcazaba, among others, is a witness and protagonist of the last two centuries of the city.

This, together with the undeniable architectural value of this neoclassical building, completed in 1829, makes it more than adequate to turn it into Museum of Fine Arts and Archaeology of Malaga. In any case, despite all the advantages listed, a series of performances were necessary in the global building aimed at enabling its use as a museum.

These were developed in the following areas:

The palace had lived so far absorbed, turned inside with difficult access. Its presence and use had become an oppressive expression in the past. It is therefore understood as a fundamental objective of integration with its environment so that the formal and historical city could access the interior, by opening its doors and windows. The new urban connections, access and the connection of external and internal spaces respond to this.

The project is designed from the respect and promotion of the historical and monumental condition of the building, looking for a perfect match as an instrument of compliance with the objectives assigned to it, while being aware of the architectural moment in which we operate, so the dialogue between historical and contemporary was an essential premise.

The works are thus defined as follows:

General interventions: the Palacio de la Aduana suffered a terrible fire in 1922 which saw the biggest transformation in its history in the appearance and layout of the building. The upper floors were burned, disappearing the roof and intermediate floors. In the reconstruction that took place afterwards, these were replaced with a metal structure and a flat roof, so the original proportions of the building changed.

The works carried out recently are:

1º emptying the cubic volume and eliminating added structures to the level at which the original elements (ground floor vaults and first floor) and all facades were preserved.

2º building a new volume, to be inserted between existing facades and by separating them in tension with existing horizontal floor plans and vertical walls, giving place to the necessary space.

The project has also solved the general circulation system, both of people and of cultural goods, as well as distribution facilities throughout the museum. This has been possible thanks to the construction of three cores, each with a specialized use (public use of the museum, the museum closed for public use and internal use) and the completion and upgrading of its historical stairs, thus completing the chance to visit the entire building. 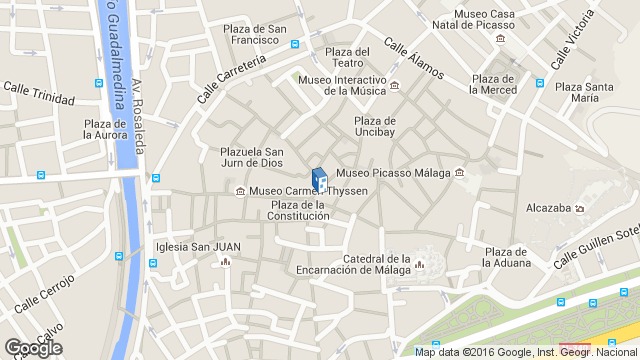