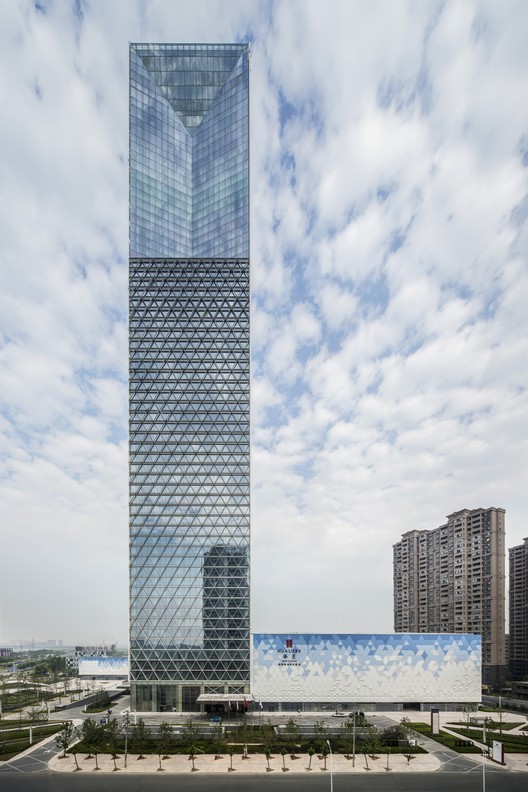 Text description provided by the architects. A defined rectangular massing emphasized by a strong diagrid shading fin system and a unique “Great Window” gives the Jiangxi Greenland Zifeng Tower a striking presence on the Nanchang skyline. The 258-meter tower, completed in August 2015, is located in the burgeoning Gaoxin business district. It is situated across the Ganjiang River from the Jiangxi Nanchang Greenland Central Plaza, Parcel A project, a sister project composed of twin office towers that was completed in early 2015. Both projects were designed by the same architecture firm and commissioned by the same client.

Office floors occupy the bottom two-thirds of the tower. The regular rectangular form and a central core ensure that these floors remain incredibly flexible. A luxury hotel stacks on top of the office floors, occupying the tower’s top 20 stories. This change in program is registered by the “Great Window”—a distinct aperture carved into the tower’s mass. Formally, the Great Window transitions the floorplates to a suitable size and layout for the hotel function.

Aesthetically, it marks the tower with a strong design, distinguishing it from the other towers that compose Nanchang’s urban fabric. The tower is further defined by its system of perforated, aluminum triangular fins that trace up all four elevations. The fins shade the tower, preventing excessive solar heat gain and glare to the interior. They are also programmed with tiny white LED lights that, when illuminated at night, make the system’s diagrid pattern and the tower’s rectangular form glow across Gaoxin. 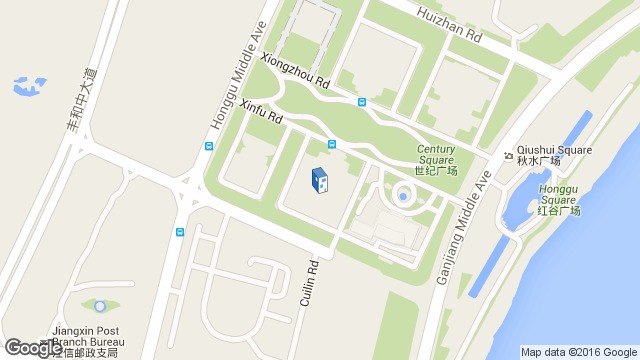