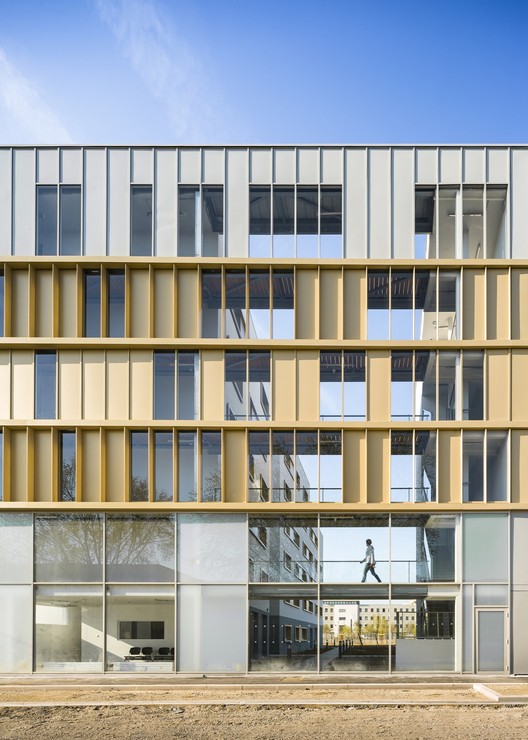 Text description provided by the architects. This new social housing residence comprising 92 apartments aims to replace the “Mas du Taureau” hostel which is programmed to be demolished. It is located in an urban development zone within which no other works have yet begun. Intended to house former migrant workers, single-parent families and isolated individuals, the residence must accompany a new page of their life and develop the identity of the future neighborhood. To favor the appropriation of the setting by its inhabitants and its acceptance by the neighbors, the architecture moves away from the codes that generally define the image held by hostels and particular care is taken inside the building to organize the routes of the residents. Laid out as a right angle, the building offers a vast interior garden.

The assembly of three small buildings is a pleasant neighborhood scale and allowed the lessor to rehouse former neighbors on the basis of affinities. A specific approach is proposed for each side of the building: the north glazed façade provides transparency between street and garden, placing emphasis on the movements on the access decks. Vertical elements forming fins optimize the provision of natural light and enliven the façade. The rhythmic continuity and the effect of slightly offset projecting fascias assure the link between the two façades giving onto the streets.

On the streets side, each housing unit has two vertical windows, either grouped together or separated, that contribute to “disrupting” the way the building is read by favoring the perception of an aluminum block. On the garden side, windows are in pairs within a shared metal frame, emphasizing large horizontal lines and reducing the number of perceived openings. Two types of housing units are proposed: layout in parallel with the street on the street side, reducing the number of housing units subject to nuisances; and in depth on the garden side, favoring a pleasant interaction with the heart of the site. The external distributions linking the two parts of the building to the north as well as the large outdoor staircase act as small vertical “squares” positioned between town and garden, providing residents with settings in which to chat with one another, rest or just watch the world go by. 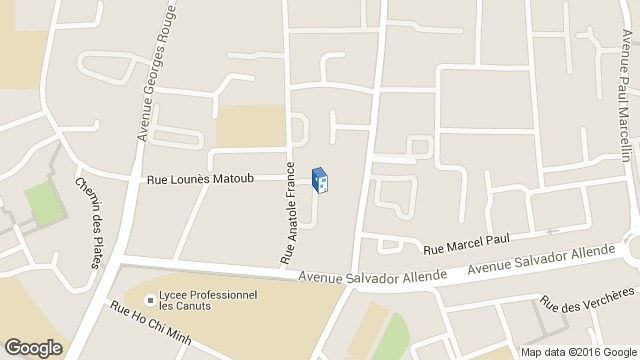