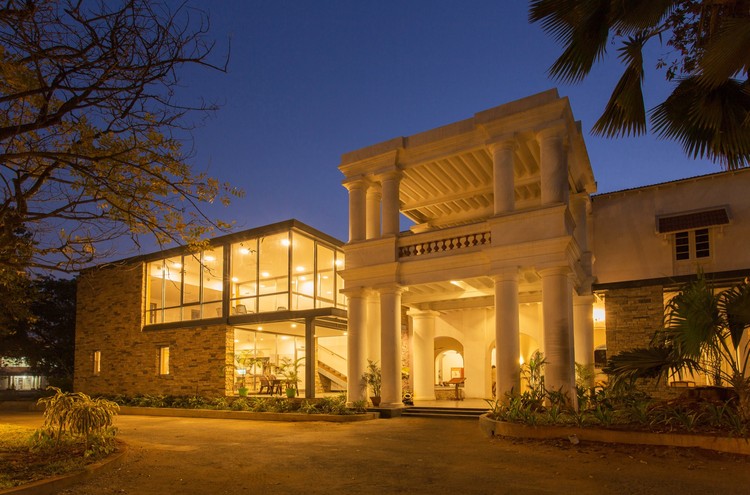 The redevelopment design of the Coimbatore club involved the demolition of the dilapidated structures adjoining the main club building and the construction of a new lounge, family bar, library and administrative office. The marriage between parts of the existing club buildings and the new spaces was critical. The design revolved around retaining the traditional essence of the club in a contemporary space, with the use of steel, glass and stone.

The orientation of the existing club building is along the north-south axis. The proposal houses the family bar on the northern side; the administration and the library are placed along the south eastern corner, while the hotter western side is well shaded with covered walkways and verandas.

The new stone clad building weaves around the existing main club building, linking the colonial part with the contemporary times that we are a part of. Stone, as a material, is timeless and as a traditional building material forms a strong link to the architectural languages through continuity. The lightness of the steel structure with large glazed openings wash the interior spaces with adequate natural light. The rough stone walls envelope the steel structure which blends with the existing.

The roof of the existing club building was restored and the new structures installed, envelope the old colonial building through a complete cantilever design leaving the existing structure physically unaltered.

The overall design intervention redefines the functional aspects of the existing and amalgamates these spaces to be re-energised and better utilized.

In the overall process of this intervention, the colonial allure of the building has been redeemed and stands proud within the embrace of the newer contemporary buildings around it. 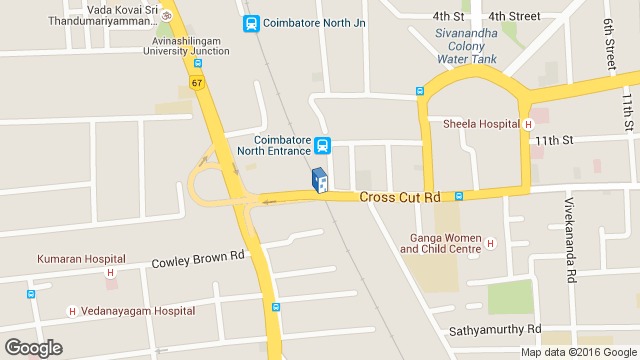