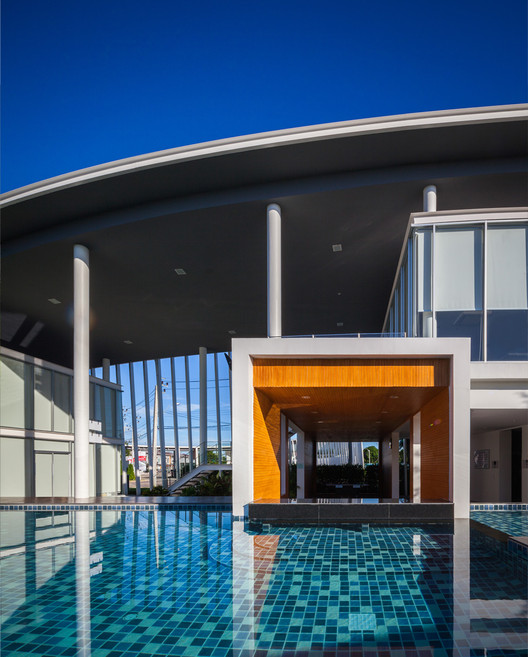 Text description provided by the architects. Located on Bangkloy-Sai Noi Road, Casa Grand and Casa City are two adjacent communities by Q-House. Each community has its own gate and clubhouse at front. Working together with client on the project master planning to create unity of both projects, the clubhouses and gates are combined into one single gesture, continuity curved building. Both gates are located at the center of curve, while both ends are housed by each community clubhouse. The curved buildings and gates envelope primary plaza at front are also performing as welcome gateway of the projects.

Positioning each swimming pool behind clubhouses on each wing creates privacy and become gathering spaces for each community. The roof is composed by 2 layers which insulates the heat. At the same time, the space in between roof layers makes the upper layer roof seem floating. The sense of lightness is realized. Upper layer roof at both ends gently rises up generating visual lines to the gates at center. Creating sunshade device is introduced by using gradient density angled vertical fins along the east / west curved lines.   Starting from both ends of the curve, the angled vertical fins density is gradually less when approaching the gates. The gates, then, are revealed thru the angled vertical elements. Shadow casting on the curved walls creates different patterns throughout the day. 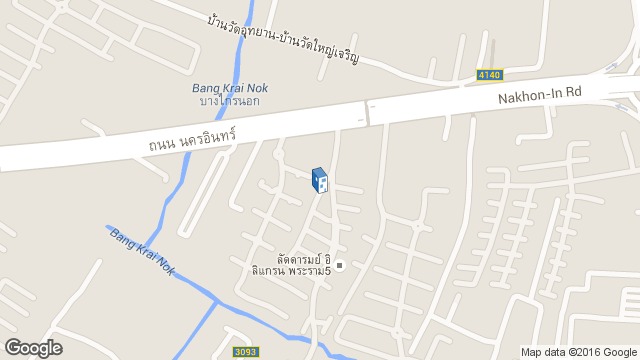