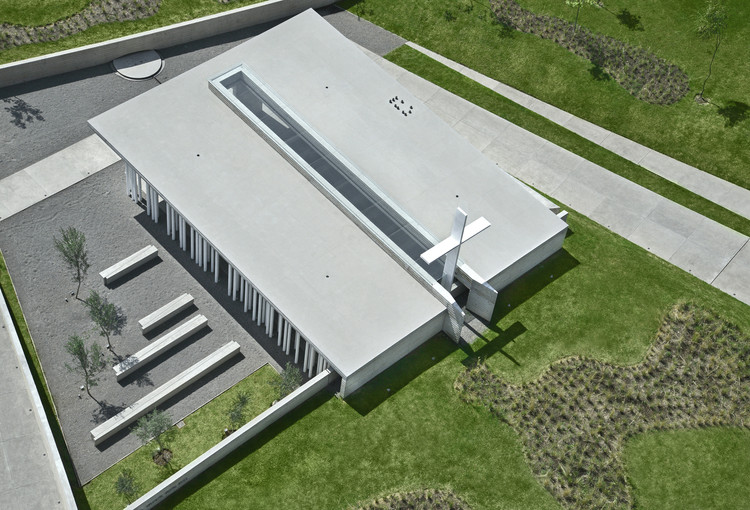 Text description provided by the architects. The architectural concept of Filamentario Chapel is to create a processional scheme, a perimeter route that favors the preparatory gathering for religious worship; the traditional, axial and finite scheme, which ends at the altar, is reversed to create a procession that considers the altar as the center of the composition.

The location of the chapel idealizes the duality of absence and presence; it is a building that is constructed but is also buried. It is like an archaeological find that forces us to make a downward journey, rewarded with the surprise of accessing from the back to keep the atrial cross as the axis of the project.

The altar, which is historically positioned at the end of the procession, is relocated to the geometric center of the project, at the foot of the atrial cross, to reinforce the mystical character of the volumetric complementarity and thus turn the cross into the summit and the origin of all dualities. The descending and perimeter routes around the cross are preparatory processions with their second contemplative station in the inner atrium, the entrance courtyard is splashed with the fountain of faith and in turn accompanies the baptismal pile as a preamble to the path inside.

Beyond the threshold of the chapel and with the cross at the front for a second time, the duality of the corporeal and ethereal is reinforced; The massiveness of the north wall contrasts with the lightness of the fragmented south wall; These fragile and spiky metal elements, almost ephemeral, not only contrast with the concrete walls due to their massiveness and lightness ratio but also due to the verticality of the opposed filaments, with the same geometry and proportion, as the texture of the concrete walls in the opposite direction.

Moreover, these fragile filaments, which flood the interior with light, weave a close relationship between the outer edges and the covered space. The light enhances its presence and reveals the volume of absence, a manifestation that the corporeal and ethereal are one and the same.

At the height of the path, hidden inside the north wall, is the chapel of light; a brief space, a chapel inside the chapel, which marks the climax of the procession. The overwhelming darkness takes its full meaning when the few rays burst into the space to become highly contrasting elements and give supreme value to the mystical essence of interior light.

This is a place of faith where the light is embodied in forms that contain, transform, assimilate, and emanate a composition of dualities in search of the perfect balance; The corporeal and the ethereal accompany each other to achieve a speech where the material and the spiritual are harmonized to form a single space of art and seclusion. 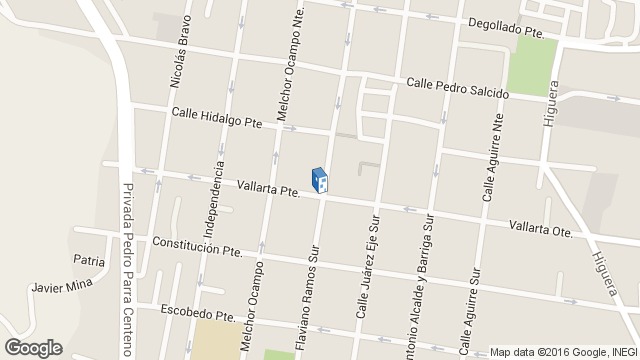