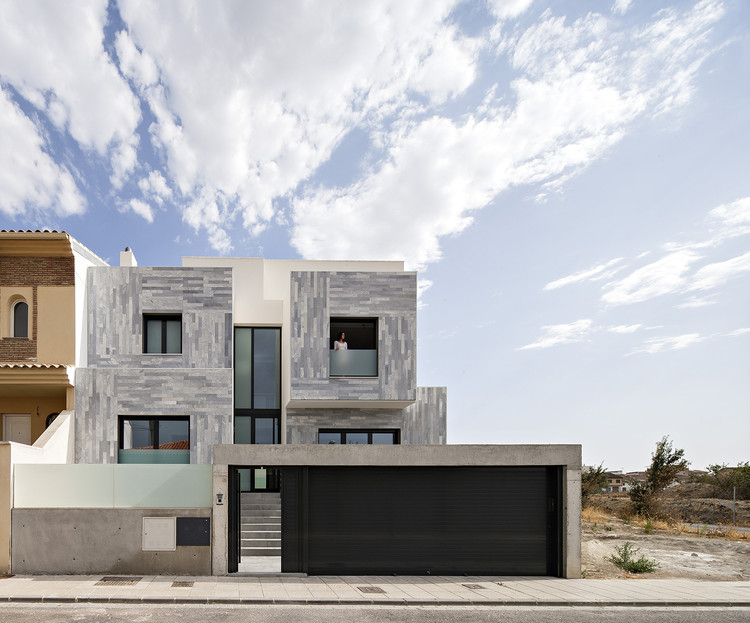 Text description provided by the architects. We took on this project in the understanding that there was a need to "manipulate" the building code applicable to "our" lot. This code established the construction of either a townhouse or a row house, with a back yard and a three meter set back from the street in order to create a unitary facade along the block.

The existing homes adapt to these rules, the result being the repetitive planning of the same type of house.

Our clients, A&N, had other needs: they wanted a home that was well oriented, that offered certain spatial complexity and that had lots of light. They wanted to be able to use the open spaces produced by the set backs that resulted from applying the code, and they also wanted these spaces to have spatial value. They also wanted the advantages of cross ventilating every room.

The proposal is based on a relational, central, vertical axis that generates a foyer—a kind of inner courtyard within the house itself. Following that axis, the house is divided in two, with two bays on either side. These bays create set backs in order to capture the light that comes in from the west. Most of the floor area ratio is used up by grouping the construction against the party wall. This frees up the rest of the lot, generates good access space to the garage and enables a generous amount of light to penetrate into each of the rooms.

Each of the rooms is associated with an independent volume or "cube". These are either set back or pulled outwards depending on their needs regarding natural light, shade or privacy.

We came across a surplus of white Macael marble baseboards at a production plant nearby. This led us to consider reinterpreting the traditional use of this material and to apply it as a cladding on the facade. Each of the projecting and inset volumes that make up the main facade are clad following a composition that wraps around their openings. This finishing is framed by a metal angle that serves as a transitional element between the cladding and the rendered surfaces of the facade.

The outside image of the house is one of twinned volumes that jut out and set back with respect to the main facade line, a fragmented arrangement that, nevertheless, is perceived as a unitary ensemble.

The goal of the design is to create a single family townhouse that adapts to the needs of the clients:
The house has a semi-basement, a ground floor, a first floor and a turret. They each have the following program: Semi-basement: Garage; plumbing, heating, cooling and power facilities; den.
Ground floor: Day use
Firs floor: Night use Turret: Library 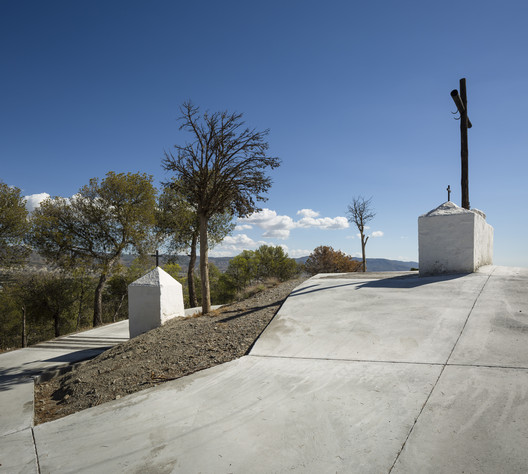