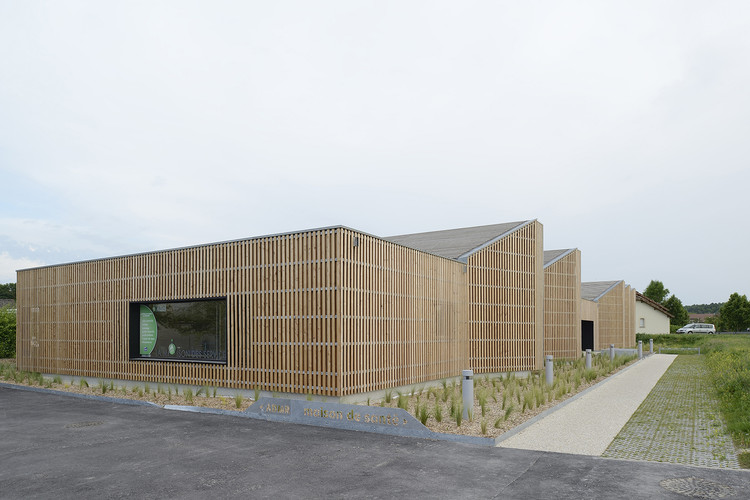 Text description provided by the architects. The project is situated in a diffuse environnement between the gymnasium, the GITEM shop and a residential area build in the 1980s. The architectural statement proposes a horizontal building which dialogues with the meadow-like plot.

Two criteria are at the origin of the building’s shape:

1 - To have a large opening towards the South, in order to bring the most of natural sunlight and to be protected from the noise disturbances coming from the N4 in the North.

2 - Offer the medical premises as much intimacy as possible by preferring oblique openings protected by wood cladding, rather than frontal ones that would directly overlook the pedestrian circulations outside.

Natural materials are privileged: wood cladding covers the exterior envelop entirely (the façade and the slopes of the sheds) whereas stone offers the interior spaces a reassuring serenity, in adequacy with the functions of the building.

The project presents a mixed structure: the enveloppe is a wooden frame, heavily insulated, whereas the interior shear wall is made of local limestone («    pierre de savonnières    ». The glue-laminated absorption beams have three areas of support: the two longitudinal wooden walls and the central stone wall. The cladding is a three layer braid: two six centimeters vertical layers of larch tree, arranged in quincunx, separated by a horizontal galvanised steel blade. This system procures a certain thickness to the cladding system without risking to over expose the rain screen. The façade is animated by a dance between the light and shadows, punctuated with the shiny metal blades that contrast with the matte aspect of the wooden slats which will become greyer with time.

The nursing home is designed according to bioclimatic architectural principles. The building’s enveloppe is almost opaque towards the North and opens generously Southwards. Five large strips of glass circle the enveloppe in the manner of gills, and capture the southern light on the roof and the eastern and western façades. This allows to make the most of the natural heat and sunlight. So as to avoid any risks of overheating in the summer, these glass strips are protected by the cladding which blocks high sunbeams in the summer (60°) but allows the low winter rays to come in (38°). The heating is provided by a geothermal system on groundwater, connected to a mixed floor heating network (for the circulation) and low heat radiators (for the medical offices). 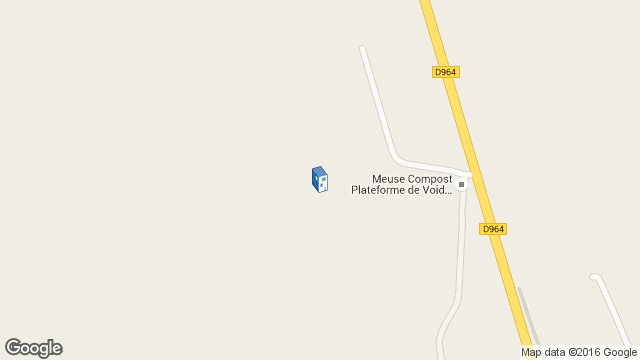