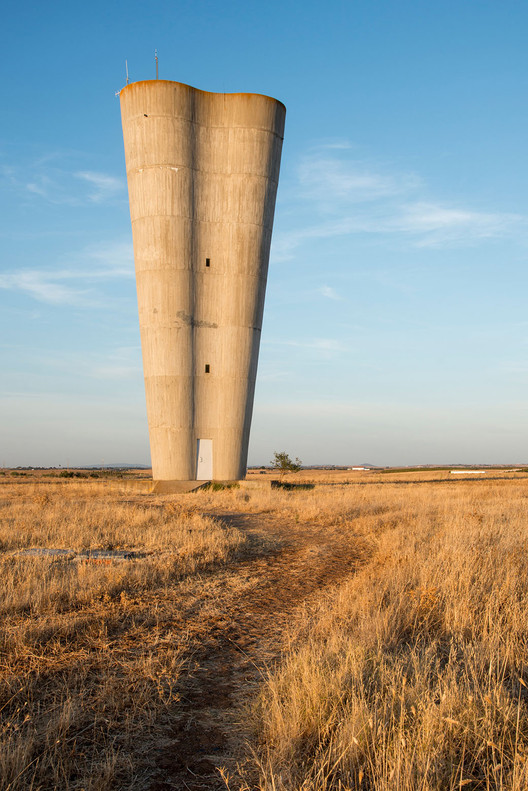 "The tower at the Water Treatment Station, which also acts as a viewing tower, is a bold infrastructure planned for Nova Aldeia da Luz (Southern Portugal). This unique element in the arid landscape of Alentejo pursues the modern utopia through a pragmatic and rigorously functional detailing process.

The visible bare concrete emphasises this imagery. However, its design could not be more paradoxical. It recalls the chimney of Le Corbusier’s Unité d’Habitation, but it now stands on the ground, suggesting that the entire building has been buried. This is a metaphor that demonstrates a significant movement away from the more radical theories of the Modern Movement and towards the process of participation involved in the construction of the new village.

Rejecting the antagonism between a shamefacedly erudite culture and the tyranny of popular taste, above all, this reservoir is a place of active tolerance." 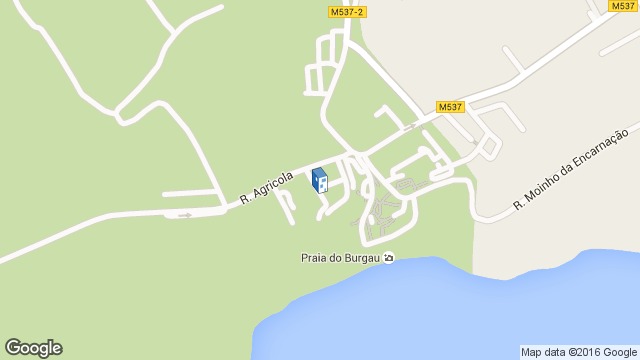